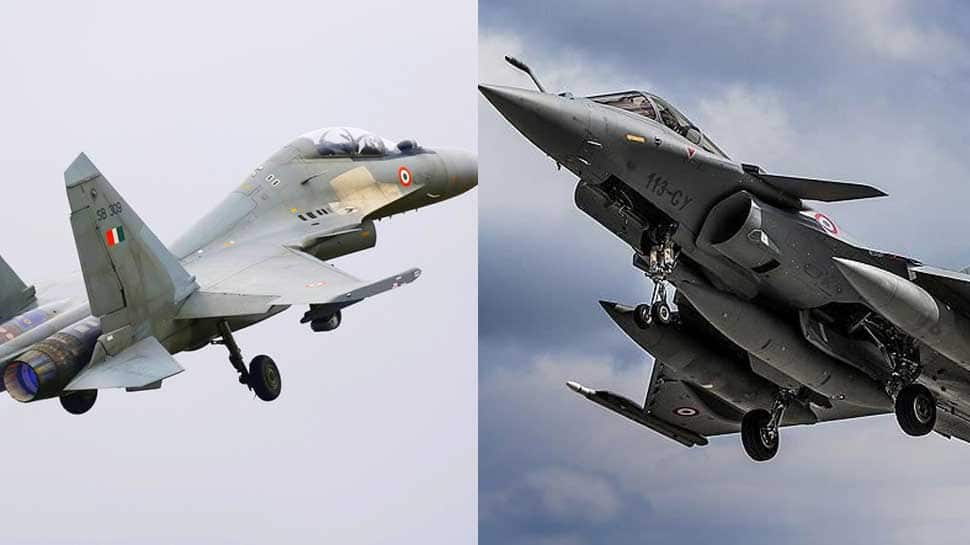 NEW DELHI: Indian Air Force (IAF) and its French counterpart will take part in the bilateral air exercise Garuda VI in July 2019 which will see the most potent fighter aircraft of the two countries going head-to-head. The air exercise between the two premier air forces in the world will witness IAF's frontline fighter Sukhoi Su-30 MKI taking on the Rafale multirole jets of the Armée de l'Air (French Air Force).

Both the air forces will use the Garuda VI air exercise, scheduled to held at an air base in France, to validate the latest defence strategies and fine-tune their war-waging capabilities. Garuda VI air exercise will also give the IAF a chance to pit the Su-30 MKI against Rafale, a fighter which will join the force in a few months.

India is buying 36 Rafale jets from France and the first fighter will join the IAF in September 2019. The 36 Rafales will be part of two IAF squadrons, the first of which is the 'Golden Arrows' 17 Squadron. Current IAF chief Air Chief Marshal Birender Singh Dhanoa had commanded the Golden Arrows, which has MiG-21 fighters, during the Kargil war in 1999. The squadron, at present number-plated, was based in Punjab's Bhatinda but will be shifted to Ambala in Haryana once the Rafale is inducted.

IAF's second squadron to be armed with Rafale will be under the Eastern Air Command in West Bengal's Hashimara Air Force Station to tackle the threat from China. Rafale will give a major boost to the IAF's offensive capabilities and also stem the decline in the squadron strength of the force.

Garuda exercises are conducted alternately in France and India since 2003:

-Garuda I: February 2003, Gwalior, India, in the presence of the French Chief of Staff. It was the first fighter-to-fighter exercise between the Indian Air Force and a foreign Air Force.

-Garuda II: June 2005, Istres Air Force Base, France. It was the first exercise of the Indian Air Force in Europe.

55% of parents are at risk of endangering their kid's safety online: New survey