Kulbhushan Jadhav case at ICJ: A look at India’s claims against Pakistan

India dragged Pakistan to the International Court of Justice on May 8, 2017, citing “egregious violation of the Vienna Convention on Consular Relation”.

The International Court of Justice in Hague is slated to deliver its verdict in the case of Kulbhushan Jadhav, who is on a death row in Pakistan, on Wednesday. A retired India Navy official, Jadhav was awarded death penalty by a Pakistani military court in April 2017. He was charged with espionage and terrorism in a closed trial.

India dragged Pakistan to the International Court of Justice on May 8, 2017, citing “egregious violation of the Vienna Convention on Consular Relation” on part of Islamabad. India has also claimed that Pakistan violated the International Covenant on Civil and Political Rights in the case. 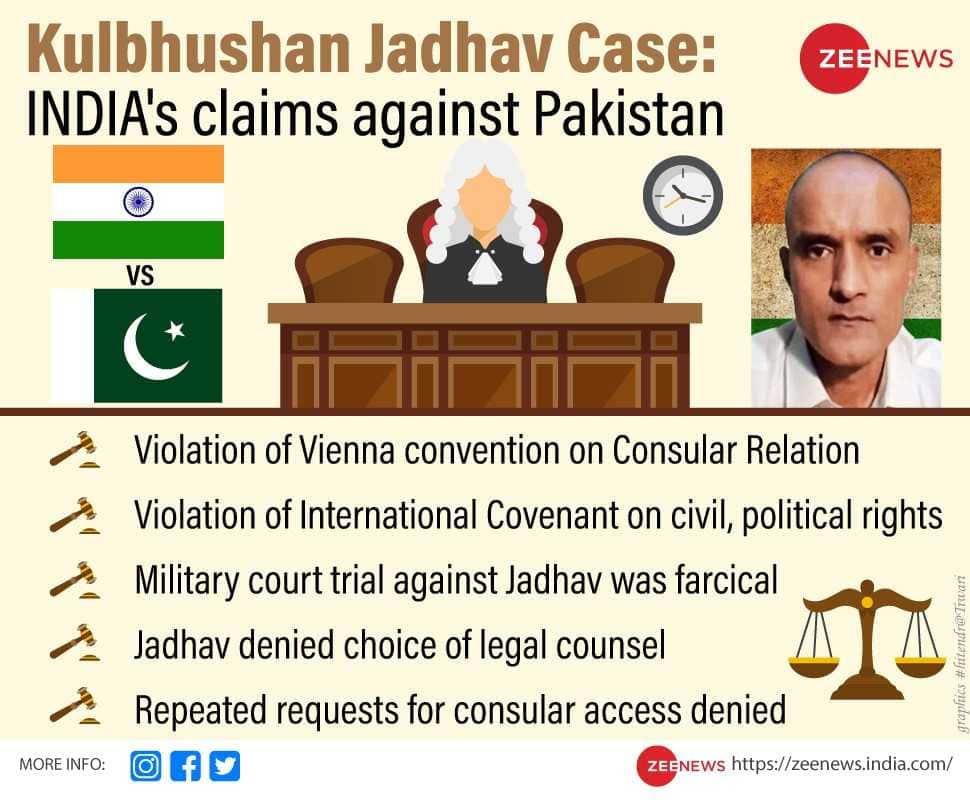 Terming Pakistan as “an irresponsible state”, India said that military court trial wherein Jadhav was prosecuted was “farcical”. According to India, the military courts in Pakistan, set up in 2015, were responsible for several death sentences after April 2017.

In its plea, India also claimed that Jadhav was denied the right to be defended by a legal counsel of his choice.

In its defence, Pakistan at first argued that it was not under the jurisdiction of the International Court of Justice to take up the matter. The claim was, however, dismissed by the ICJ.

The first round of written pleadings by India was filed on September 13, 2017 while the counter-memorial by Pakistan was submitted on December 13, 2017. Following this, India had requested three-month time to submit its reply, but the same was opposed by Pakistan. However, the ICJ decided in India’s favour and granted the time sought.

Since Jadhav’s arrest in Pakistan, New Delhi has been seeking consular access to the former Navy official, but the same has always been turned down by Islamabad.

Sources have told Zee News that Pakistan’s ISI used proxy group Jaish al Adl to get Jadhav arrested from Chabahar in Iran. According to the sources, security agencies in India have enough evidence to prove how Pakistani agencies framed Jadhav in a fake spy case.