Lieutenant Abhinav and Lieutenant Parinav hail from a non-military background family and both were highly motivated since their childhood to join the Indian Army. 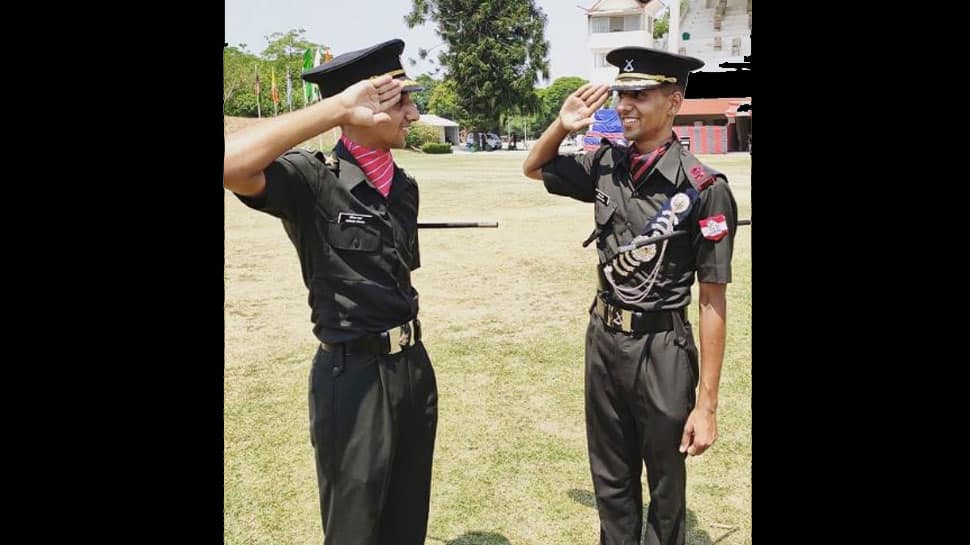 In a first, identical twins Lieutenant Abhinav Pathak and Lieutenant Parinav Pathak passed out from the renowned Indian Military Aademy (IMA) on Saturday. Indian Army posted on Instagram that the twin brothers were born on August 10, 1996 at Amritsar, Punjab and both are Graduate Engineers.

Lieutenant Abhinav and Lieutenant Parinav hail from a non-military background family and both were highly motivated since their childhood to join the Indian Army. The twin brothers cleared Service Selection Board examination in 2018 and joined the esteemed IMA as gentlemen cadets. The brothers grabbed maximum eyeballs at this year's passing out parade (POP) as they created history by becoming the first identical twins to be a part of the graduating batch of the academy.

A total of 382 young officers joined the Indian Army following the impressive Passing Out Parade at the IMA, Dehradun on Saturday. This time, a total of 459 Gentlemen Cadets were part of the parade which is the culmination of their pre-commissioning training. Of which, 382 young officers were commissioned into the Indian Army while 77 military officers belonged to the nine friendly countries of Afghanistan, Bhutan, Maldives, Fiji, Mauritius, Papua New Guinea, Tonga, Lesotho and Tajikistan. Lieutenant General Cherish Mathson, General Officer Commanding-in-Chief, South Western Command, took the salute as the reviewing officer of the parade.