The Indian Army has warned China that it will face better trained and better prepared troops this time if it creates war-like conditions in the days to come. The Indian Army also asserted that its troops fully prepared to fight a full-fledged war even in winters in eastern Ladakh. 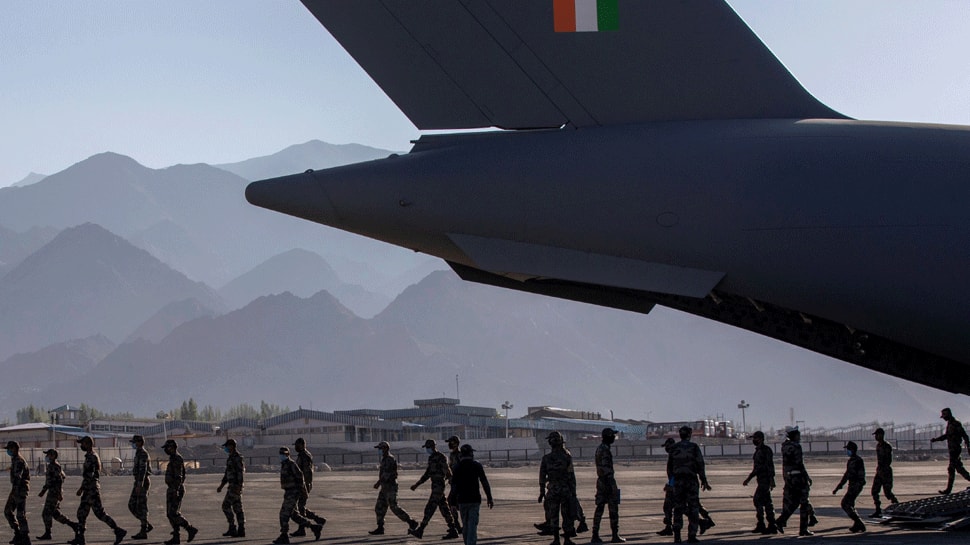 Jammu: The Indian Army has warned China that it will face better trained and better prepared troops this time if it creates war-like conditions in the days to come. The Indian Army also asserted that its troops fully prepared to fight a full-fledged war even in winters in eastern Ladakh.

“If China created conditions for war, they will face a better trained, better prepared, fully rested and psychologically hardened Indian troops,” the Indian Army said in a statement.

The Army said that compared to physically and psychologically battle-hardened Indian troops, Chinese troops mostly are from urban areas and not used to hardships or prolonged deployment under field conditions.

The Army' Northern Command headquarters made these assertions reacting to China's official media Global Times reports that India's operational logistics is not geared up adequately and it will not be able to fight through winters effectively.

“This can best be attributed to ignorance. Indian Army is fully prepared and more than capable of fighting a full-fledged war even in winters in eastern Ladakh,” a Northern Command spokesperson said here.

“India is a peace-loving country and wishes to have good relations with its neighbours. India always prefers to resolve issues through dialogue. While talks are in progress to resolve the border issues with China in eastern Ladakh, at the military level it is well prepared for the prolonged stand-off,” he said.

The Northern Command spokesperson further said that altitudes in Ladakh range from ‘high to super-high altitude’ and there is a lot of snowfall up to 40 feet after November.

“Coupled with this, the temperature dipping down to minus 30 to 40 degree Celsius is a usual phenomenon. The wind chill factor makes matters even worse for the troops. The roads also get closed due to the snow. But despite all this, the most encouraging part for India is that the Indian soldiers have a huge experience of winter warfare and are psychologically tuned to operate at short notice,” the spokesperson said.

While these facts are known to the world, he said, adding the operational logistics capabilities, however, are hardly known.

“Logistic capability relates to mobility, habitat and billeting, quality services for health, special rations, repair and recovery, heating systems, high-quality weapons, ammunition, quality clothing, and so on. While much of these capabilities existed earlier and troops could simply plug and play, a lot has also been boosted since May this year when China showed first signs of aggression,” he said.

The spokesperson said it is important to understand that the Army has the experience of Siachen, the highest battleground in the world, where conditions are much more demanding than the frontiers with China.

“Traditionally there were two routes for moving into Ladakh, that is through Zojila (Srinagar-Leh Highway) and Rohtang Passes (Manali-Leh). Recently India commissioned a third road from Darcha to Leh which is much shorter distance-wise and less prone to closure,” he said.

The spokesperson said completion of the Atal tunnel on the Rohtang route has force multiplied the logistic capacities.

In addition, we have a large number of airbases with the help of which we can maintain the Army well. Modern snow clearing equipment has also been placed on these routes to keep them open beyond November, thus giving us more time for daily maintenance of the troops, he said.

The spokesperson said special fuel and lubricants for tanks and armored personnel carriers have also been stocked adequately, including spares for their maintenance.

“Water points and tube wells have been established for the troops and animals like mules and yaks. The living barracks have also been prepared which are comfortable and warm,” he said.

He said facilities such as the central heating system are some of the high points of these facilities. “Ammunition of various types including small arms, missiles and tank and artillery ammunition have also been adequately stocked. The medical system is also in place for any eventuality,” the spokesperson said.