If you want to invest, come to India: PM Narendra Modi to global corporates

PM Modi-led government at the Centre has introduced a number of tax reforms, including the introduction of GST reforms and Jan Dhan Yojna which aims to increase the number of bank accounts for the common man. 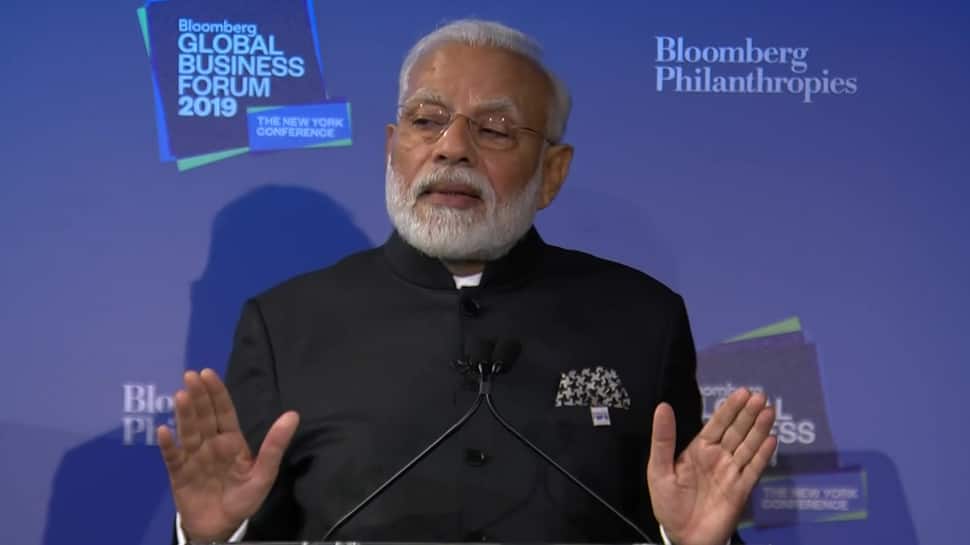 Prime Minister Narendra Modi on Wednesday delivered keynote address at Bloomberg Global Business Forum in New York and invited global corporates to invest in India. The prime minister said that historic reduction in corporate tax rates by his government has created a conducive environment for global investors to put their money in India.

PM Modi-led government at the Centre has introduced a number of tax reforms, including the introduction of GST reforms and Jan Dhan Yojna which aims to increase the number of bank accounts for the common man. Addressing the event, PM Modi said that we have a government in India, "that respects the business world and wealth creation" adding, "qualitative and quantitive leap in India growth story" and the aim is to make India $5 trillion economy for which India has "capability, courage and conditions"

India has jumped in a number of global rankings due to the reforms by the Modi government. New Delhi jumped 10 rank in logistics performance index, 24 in the global innovation index and improvement of 65 ranks in World Bank’s Ease of Doing Business Index.

Pitching for India's nuclear supplier group or NSG bid which is a hindrance to India's growing energy need. He said "We have one challenge still. The challenge of nuclear energy. Because we are not a member of NSG, we face issue on the supply of fuel. If we get a solution on that front, then we can come out as model"

PM Modi also highlighted India's climate action plans which aim to increase the share of the renewable component in overall energy basket. "It is true that the third largest coal reserve is in India. We cannot ignore that in a poor country like India. But there is a solution. One is changing processes for mining coal so that there’s not environmental loss due to it. The other solution is coal gasification. Through this you can develop clean energy. We are inviting the world to bring this technology to India and do coal gasification," he said.

"Climate change is the issue that concerns the world most.India’s lifestyle is an example for the world. We believe that Earth is our mother and we don’t have any right to exploit it. We only have the right to milk it. In India, there’s only need, no greed," PM Modi noted.