IIT Madras makes it to SpaceX Hyperloop Pod final contest, only Asian team to qualify in 2019

The team will now battle it out with 20 other finalists from across the globe on July 21. 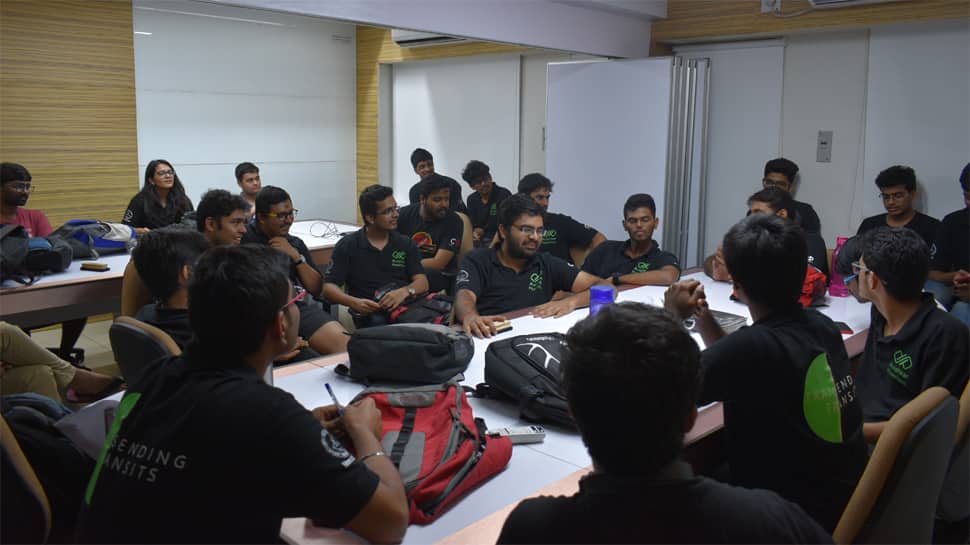 CHENNAI: The team of students from Indian Institute of Technology-Madras (IIT-M) secured a spot in the top 21 finalists for one of the most anticipated contests in the world – the SpaceX Hyperloop Pod Challenge. Avishkar, a team from the Centre for Innovation at the institute, was selected from a pool of 1600 and is also the only Asian team to qualify for the 2019 edition of the challenge.

Avishkar is now focusing on the final stage of the competition and will soon battle it out in the finals of challenge. The vessel designed and developed by them is said to be India’s first-ever self-propelled completely autonomous Hyperloop pod.

What is Hyperloop?
The concept of Hyperloop was proposed by a joint team of Tesla and SpaceX, founded by technology entrepreneur Elon Musk. It was conceived as the fifth mode of transportation, the first four being rail, road, water, and air. A high-speed train or pod will travel in a near vacuum tube. The reduced air resistance allows the capsule inside the tube to reach more than 1000km/hour speed.

Musk first proposed the idea of Hyperloop in 2013 through the white paper - ‘Hyperloop Alpha’. His company SpaceX organizes the Hyperloop Pod Competition to accelerate the development of functional prototypes of pods and encourage student innovation. The finalists’ pods are required to travel at maximum speed within the vacuum tube. The team with the fastest pod is declared as the winner and gets an opportunity to interact with Elon Musk.

One of the proposed Hyperloop stretches between Mumbai and Pune, which is expected to cut the travel time from the current 180 minutes to just 20 minutes. Maharashtra government is already working with British firm Virgin Hyperloop, conducting trials for the same parallel to the Mumbai-Pune Expressway.

Team Avishkar comprises of 30 students from various science and engineering backgrounds. The team had earlier applied in 2018 but failed to make it past the second round, said Suyash, the student-lead of Avishkar.

Elaborating on the specifications of the pod, the team said, “We came up with an electric motor called a Brushless DC which is small yet highly powerful and efficient. The battery connects to the motor directly without an inverter and there is no gearbox in the middle. We also tested the motor at higher than 15000 RPM.”

The chassis has a lightweight carbon fibre body, assisted by a high-power battery pack that weighs less than 20 kgs and provides over 900 AMP output power. The pod uses three battery packs – one each for motor, sensor and emergency requirements.

Explaining the technology behind the Avishkar's pod,  IIT Madras Dean (Students) Sivakumar said, “Currently, trains or buses or flights have frictional resistance and energy is wasted. Whereas magnetic levitation is to prevent friction from the ground and the vacuum tube eliminates air drag and friction. So effectively it is a train within a vacuum pipe and the train runs a few inches above the track without making contact and almost eliminating friction.”

“Our students are ready and they are running tests on the model and we are sure that the hard work will pay off”, he added.

According to Professor Satya Chakravarthy, Aerospace Department, “Our students will be going to California and as a part of the competition, the pod will be run on a mile-long test track. Once this technology is successful, it could be scaled up to 15 meters – almost the size of a bus. The team is also testing our pod at a 30-meter long test track here at the campus.”

After completing more rounds of tests and checks, the team will fly to California and battle it out with 20 other finalists from across the globe on July 21. See the list below: 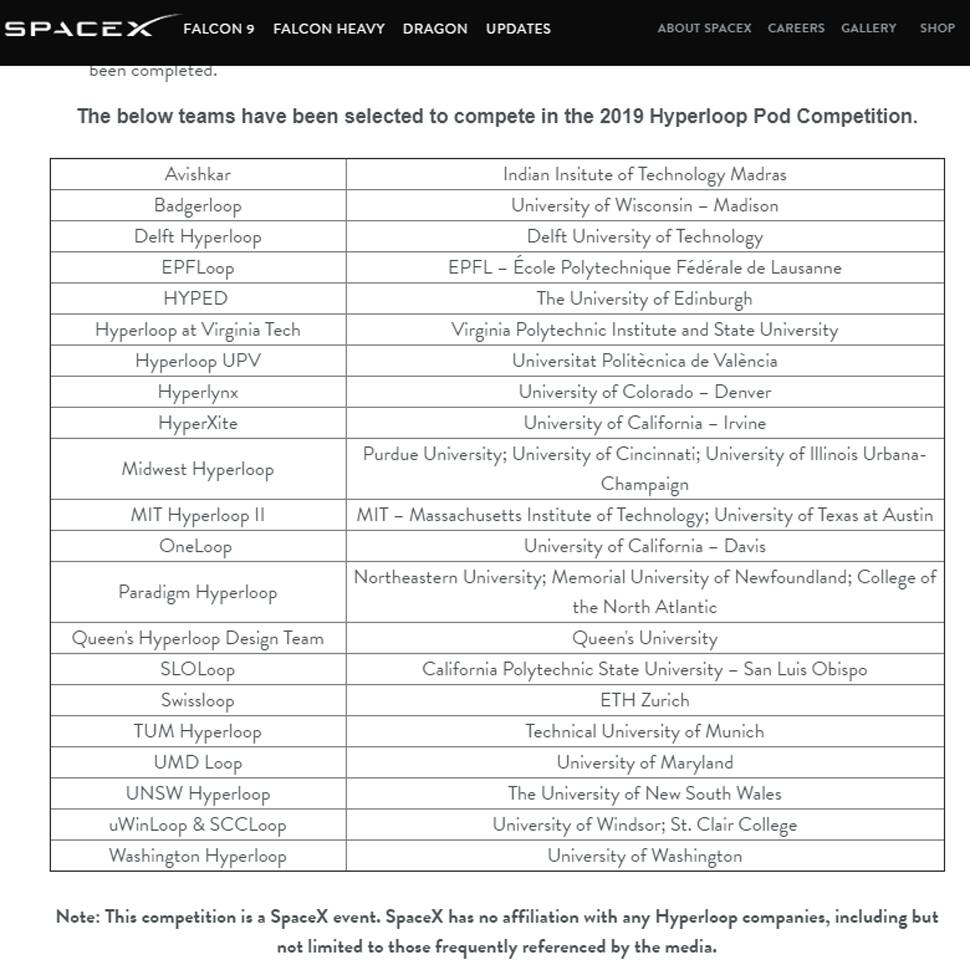 The team says that once the technology is proven, it could be used as a “revolutionary” mode of transport. With the adequate investment and infrastructure, it could enable travel between Chennai and Bangalore – a distance of around 500 kms – in less than 30 minutes. “Although we have developed the pod, we will also need to master the vacuum tube technology to completely indigenize it,” said the team.

“The most basic challenge is the designing itself, as Hyperloop is very new and we don’t have existing material to refer to. So we had to come up with ideas and concepts and then seek approval from the professors before going further. But we have done several tests on the prototype and are sure that we can achieve great speeds at the competition”, said Pranit Mehta Head, marketing and sponsorship team.

Speaking at the unveiling event of the Hyperloop Pod, Sivakumar added, “We need to thank Elon Musk for making the challenge open to all and our students have taken up the challenge.”