IMA calls for doctors' strike on Wednesday over NMC Bill, non-essential services to be withdrawn

All non-essential services will be withdrawn during the strike. OPD services are likely to be hit because of this. 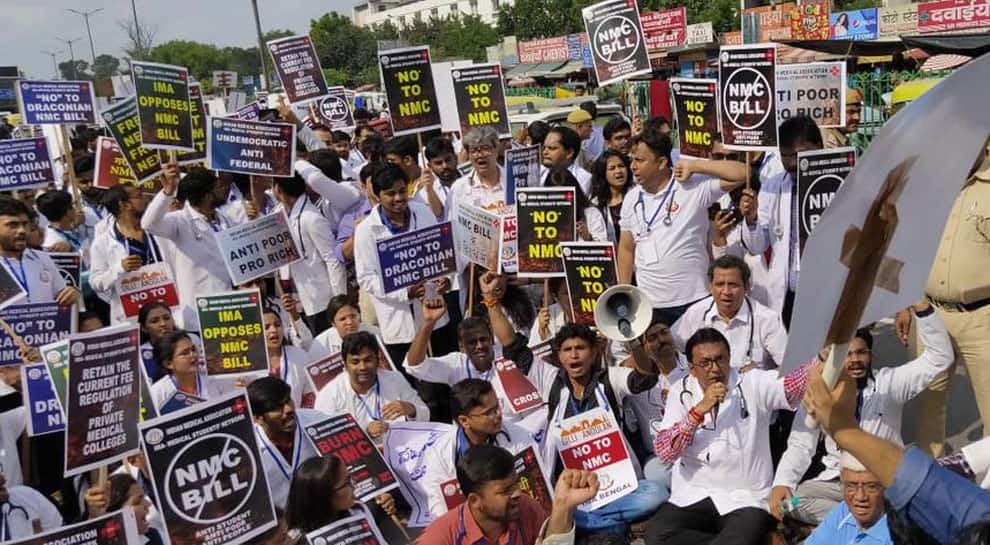 NEW DELHI: The Indian Medical Association (IMA) Tuesday called for a “token” strike on Wednesday in protest against the passage of National Medical Commission (NMC) Bill, 2019, in the Lok Sabha. All non-essential services will be withdrawn.

The association has urged all doctors to participate in the strike which will begin on Thursday, 6 am and continue till Thursday. Outpatient Department (OPD) services are likely to be affected because of this.

Several doctors staged a protest outside the All India Institute of Medical Sciences (AIIMS) New Delhi, on Monday, against the NMC Bill. The IMA and doctors claim that the Bill will only give a boost to quacks and intensify such practitioners in rural areas.

“Be it Parliament be it streets will always stand for the rights of Doctors & medical students,” tweeted IMA President Santanu Sen, in protest of the Bill.

Be it Parliament be it streets will always stand for the rights of Doctors & medical students.
#Doctors #NMCBill #RajyaSabha #education #healthcare #democracy @drharshvardhan @fskulaste @PMOIndia pic.twitter.com/XOfmb6BAAX

The Lok Sabha passed the NMC bill Monday that seeks to create the National Medical Commission (NMC) in place of Medical Council of India (MCI). The Bill was passed with 260 members voting in its favour and 48 against it.

The Bill also proposes a common final-year MBBS examination, known as National Exit Test (NEXT), for admission to post-graduate medical courses and for obtaining a licence to practice medicine. Besides this, the National Eligibility-cum-Entrance Test (NEET), common counselling and NEXT would be applicable to institutes of national importance like AIIMS in order to achieve a common standard in medical education in the country.