According to IMD, a well marked low pressure area over the Bay of Bengal may bring moderate to heavy and extremely heavy rainfall over several states in next four days. 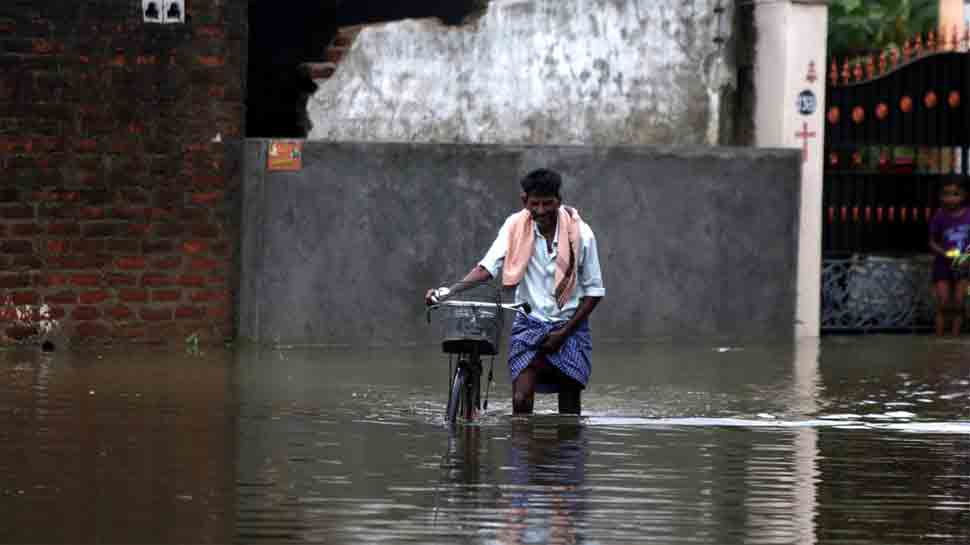 CHENNAI: Just days after being in the firing line of Cyclone Nivar, which landed over Tamil Nadu as a very severe cyclonic storm on November 26, southern peninsular India is now bracing for another potential cyclone in the coming week.

According to the India Meteorological Department (IMD), a well marked low pressure area over the Bay of Bengal is very likely to concentrate into a depression on Monday and bring moderate to heavy and extremely heavy rainfall over Tamil Nadu, Puducherry, Kerala and coastal Andhra Pradesh over the next four days.

Confirming the same, Tamil Nadu Fisheries Minister D Jayakumar said that steps have been taken by the government for the safe return of 200 plus Tamil Nadu boats -engaged in deep sea fishing- with the help of Coast Guard, who have also been provided with the location of the vessels. "Of the total 218 boats, eight have returned safely," he was quoted as saying by PTI.

Authorities in Kerala, Karnataka, Goa and Lakshadweep have been requested to allow Tamil Nadu boats in their fishing harbours and to render them assistance, the minister said.

The low pressure area on Saturday over south Andaman sea and adjoining areas of southeast Bay of Bengal has organised into a well marked low pressure area, the Regional Meteorological Centre here said.

An updated RMC bulletin said the well marked low pressure area "is very likely to concentrate into a depression during next 24 hours and likely to intensify further thereafter. It is likely to move westnorthwestwards and reach near south Tamil Nadu coast around December 2."

Under the influence of the system, light to moderate rainfall or thundershower is likely over Tamil Nadu, Puducherry and Karaikal starting from Sunday and it could continue upto December 3 in the state and till December 1 in the regions falling under the union territory.

The showers, in such regions, starting with isolated places, could extend to many areas and then spread to most places during the next four days, the bulletin said.

On December 1, heavy to very heavy rain is likely to occur at isolated places over Tirunelveli, Tuticorin and Kanyakumari districts.
The next day, southern districts including Tirunelvei and Ramanathapuram could experience extremely heavy showers and the following day, heavy rainfall is likely over the same regions.

Red alert issued for Idukki, Orange for Thiruvananthapuram and Kollam; fishermen stopping from venturing into sea

In Kerala, a red alert has been sounded for Idukki district on Wednesday and fishermen restrained from putting out to sea from the midnight of November 30.

An Orange alert has been issued for Thiruvananthapuram, Kollam and Pathanamthitta districts on December 2 anda yellow alert for Alappuzha, Kottayam and Ernakulam districts on the same day.

Red alert indicates heavy to very heavy rainfall of over 20 cm in 24 hours,an Orange alert (6 cm to 20 cm) and yellow alert (6-11 cm).
Jayakumar said a virtual meeting of fisheries officials of south Tamil Nadu was held and they were also advised to contact the fishermen involved in deep sea fishing through means like satellite phones to coordinate their safe return to nearest locations.