The apex court had ruled that women of all ages will be allowed to enter the temple to offer prayers. 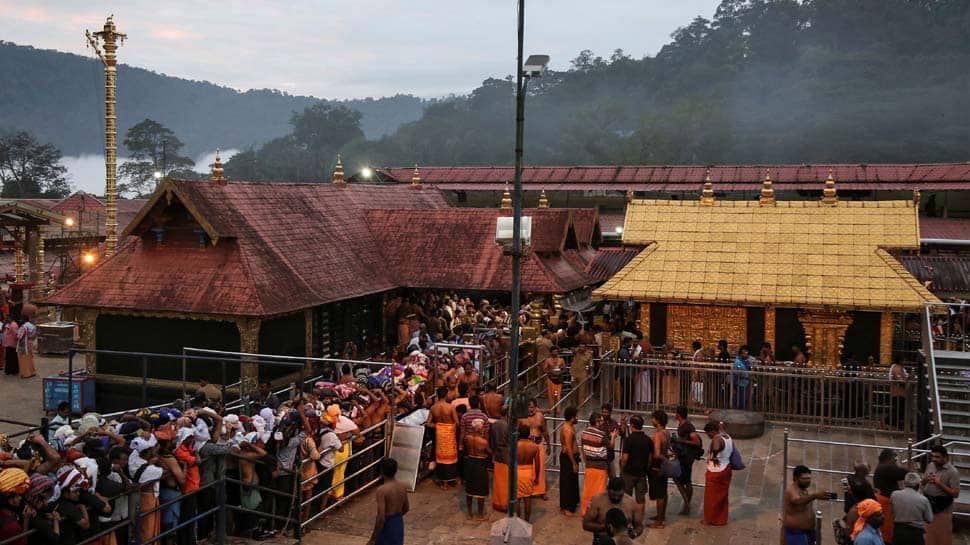 The Sabarimala shrine will be shut for an hour for purification rituals after two women of menstruating age entered the temple on Wednesday. In a first, two women below the age of 50 entered the Lord Ayyappa temple at Sabarimala in Kerala. This comes after more than two months of the September 28 Supreme Court verdict lifting the ban on the entry of women of menstrual age into the shrine.

The apex court had ruled that women of all ages will be allowed to enter the temple to offer prayers. Traditionally, girls and women in the menstruating age group of 10-50 years are barred at the shrine.

The women devotees, Bindu and Kanakdurga, entered and offered prayers at 3.45 am, according to news agency ANI. The women in their 40s were accompanied by police personnel, added ANI. They had tried to visit Sabarimala Temple in December 2018 but failed amidst massive protests.

Speaking on the incident, Kerala Chief Minister Pinarayi Vijayan confirmed the news. He said, "We had issued standing orders to police to provide all possible protection to any woman who wants to enter the temple."

A video posted by news agency ANI shows the two women wearing black dresses and hurrying towards the shrine. Chantings and prayers can be heard in the premises of the temple.

Protests were held against the state government's decision to implement the SC verdict. Over a dozen women made unsuccessful bids to offer prayers. The BJP and the Congress-led UDF have been up in arms against the manner in which the Kerala government led by Pinarayi Vijayan has been 'trying to use the apex court verdict to dilute the traditions of the temple'.

The CPI, the key partner in the CPI-M led LDF, said there was an attempt to "politicise" the Supreme Court order on Sabarimala. BJP supporter Kollam Thulashi allegedly said that women on the banned age group should be ripped in half.

The protests led to violence in the area forcing the police to impose restrictions and prohibitory orders and arrest dozens of people.

The entry of women comes a day after over 35 lakh women stood shoulder-to-shoulder across the national highways in Kerala, creating a 620 km-long human 'wall' from the northern end of Kasaragod to the southern tip on Tuesday as part of a state-sponsored initiative to uphold gender equality.

On Tuesday, women from various walks of life -- writers, athletes, actors, politicians and techies, government officials and homemakers -- stood across the highways crisscrossing through the 14 districts in the state as the event commenced at 4 pm.

Expressing solidarity, thousands of men also lined up parallel forming a second human 'wall'. The 'Women's wall' was conceived in the backdrop of frenzied protests witnessed in the hill shrine of Lord Ayyappa at Sabarimala after the CPI(M)-led LDF government decided to implement the Supreme Court verdict, allowing all women to pray at the Ayyappa shrine.