"We are ready to do whatever is necessary to help families affected by the floods."

Assuring people that every effort would be made to provide assistance in the wake of floods in Bihar, Chief Minister Nitish Kumar on Tuesday informed the state Assembly that over 25 lakh people across 12 districts had been affected.

Nitish said that he had taken an aerial survey of the flood-affected districts and while the situation was found to be grim, the state machinery is working overtime to help people here. "We are ready to do whatever is necessary to help families affected by the floods. 25 lakh people across 12 districts have been affected. Teams from National Disaster Response Force (NDRF) have already been deployed," he said.

Nitish also said that appropriate - and timely - monetary compensation would be provided to those affected by the floods and said that vital lessons had been learnt from floods that had ravaged Bihar in 2017. He also said that incessant rainfall in Nepal has resulted in rivers in Bihar swelling and causing floods.

The Opposition in the state, however, was not satisfied with the measures put into place. Leaders from the Rashtriya Janata Dal, led by Rabri Devi, staged a protest outside the Assembly to voice their concerns. 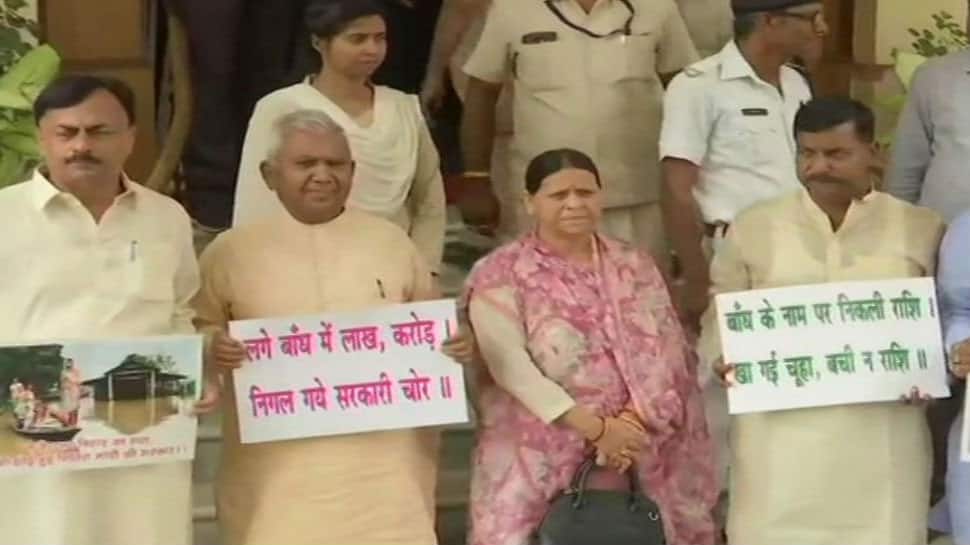 At least 31 people have died and lakhs have been displaced from their homes in Bihar due to the prevailing situation. Nitish said that his government is sensitive to the needs of people and that emergency rescue and relief centres have been established in all the districts currently battling floods. He also assured that damaged infrastructure would be repaired as soon as water begins to recede.