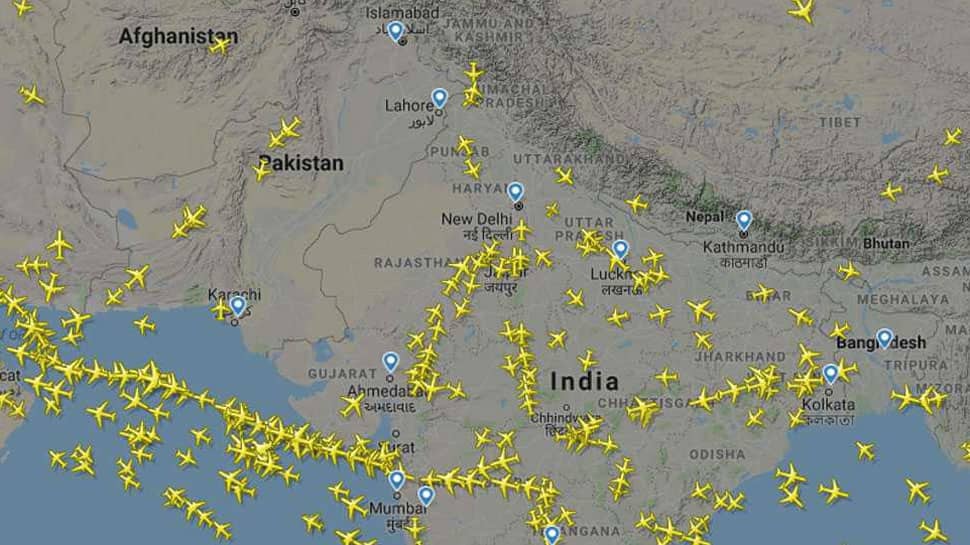 Lahore: Pakistan on Saturday indicated that it may lift the airspace ban along its eastern border with India, imposed on February 27 after the Balakot airstrike, to reciprocate IAF's decision to remove all restrictions on all air routes in the Indian airspace.

Reacting to India's decision, a senior official of the Pakistan government said, "Once the Indian government lifts the air restriction on Pakistani flights, Pakistan is likely to reciprocate it."

The official told PTI that India has yet to inform Pakistan about lifting of airspace ban for its flights.

"We only heard about this through the media as no communication in this respect has taken place as yet. We may follow the suit once India lifts air restrictions on our flights," he said.

The IAF said it had removed restrictions that were imposed on all routes a day after its 12 Mirage 2000s crossed over to Pakistan and attacked a JeM terrorist training camp in Balakot in Khyber Pakhtunkhwa province.

Pakistan fully closed its airspace on February 27 after an IAF strike on a Jaish-e-Mohammed (JeM) terror camp in Balakot. On March 27, it opened its airspace for all flights except for New Delhi, Bangkok and Kuala Lumpur. On May 15, Pakistan extended its airspace ban for flights to India till May 30.

As a result of the ban, foreign carriers using Indian airspace have been forced to take costly detours because they cannot fly over Pakistan. The closure mainly affects flights from Europe to Southeast Asia. The flights from Europe and the US flying in and out of New Delhi have been the worst hit.

Since Pakistan's airspace closure, the airfare on many routes has gone up significantly, including Delhi-Kabul, Delhi-Moscow, Delhi-Tehran and Delhi-Astana. Thousands of travellers suffer flight cancellations, delays and soaring ticket prices due to Pakistan's decision to close its airspace for flights to and from India.

Pakistan had given special permission to India for then External Affairs Minister Sushma Swaraj to fly directly through Pakistani airspace to attend the SCO meet in Bishkek, Kyrgyzstan, on May 21. However, the airspace for other commercial airliners remains closed.

Earlier, Pakistan Foreign Office spokesman Mohammad Faisal had said Islamabad wants de-escalation.  "If de-escalation takes place we would not like to have a ban on our airspace for India for a single day but for the purpose, India will have to talk to us," he had said.