In a strongly-worded article in Saamana, the Shiv Sena has said that India belongs to Hindus first. 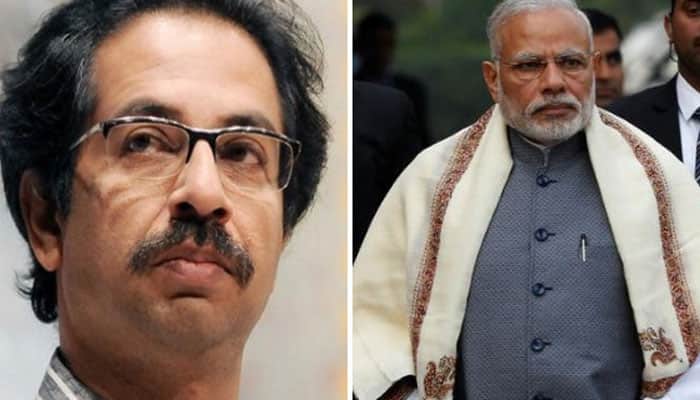 Mumbai: Hitting out at the Narendra Modi-led BJP disposition, Shiv Sena on Monday lamented that despite a "pro-Hindutva" government at the Centre, issues like Ram Temple in Ayodhya and 'ghar wapsi' of displaced Kashmiri Pandits are still unresolved.

In an acerbic editorial in its mouthpiece 'Saamana', the Maharashtra-based party also countered Rashtriya Swayamsewak Sangh (RSS) chief Mohan Bhagwat's recent remark that 'Hindustan' is a country of Hindus, but it does not mean that India does not belong to "others".

"Christians have countries like America and (in) Europe. Buddhists have China, Japan, Sri Lanka and Myanmar. Hindus do not have any country except this,'' it added.

Lamenting the slow pace of work related to controversial issues like the Ram Temple - which is of utmost importance to Hindus – the article said, ''Today there is a pro-Hindutva government in power. Yet, it is not willing to build a Ram temple in Ayodhya and left its future in the hands of court."

Shiv Sena, which is a constituent of the NDA government at the Centre and an ally of the ruling BJP in Maharashtra, said, ''Despite a pro-Hindutva government, the 'ghar wapsi' of Kashmiri Pandits hasn't taken place."

It also waded into the ongoing debate over playing the national anthem in public places.

A stubborn attitude prevails towards singing of 'Vande Mataram' despite the President and the Prime Minister belonging to the "thought process of the RSS", and some also do not find it appropriate to stand up while the national anthem is being played, the saffron ally said.

"If these 'others' are insulting the national anthem by not standing up, the RSS chief should guide the pro-Hindutva government on what stand it should take against them," it said.

The Uddhav Thackeray-led party further said that Bhagwat's statement that "no one leader or party can make the country great..." also cannot be ignored.

The RSS chief had last week said that no one leader or party can make the country great but it needs a change and we will have to prepare the society for it.

However, this is not the first time that the Shiv Sena has made critical statements against its estranged NDA ally.

Shiv Sena MP Sanjay Raut had recently said that the biggest political power in this country is people.

“The anger among people in Gujarat against the implementation of the Goods and Services Tax (GST) is an indication that the BJP would face a stiff challenge in polls,” Raut had said.

“The Modi wave was there in 2014 General Elections but now it seems to have faded away. The way people are marching on roads of Gujarat after GST was introduced, it seems they (BJP) are going to face a challenge,” the Shiv Sena MP had asserted.