India calls Pakistan's move of showing Jammu and Kashmir, Ladakh, Junagarh and Sir Creek as its territory in new map as 'political absurdity'

A day ahead of the first anniversary of abrogation of Article 370 in Jammu and Kashmir, the Imran Khan government included the entire region of Jammu and Kashmir, Ladakh, the erstwhile princely state of Junagadh in Gujarat and Sir Creek as Pakistan's territories, in an act of cartographic aggression. 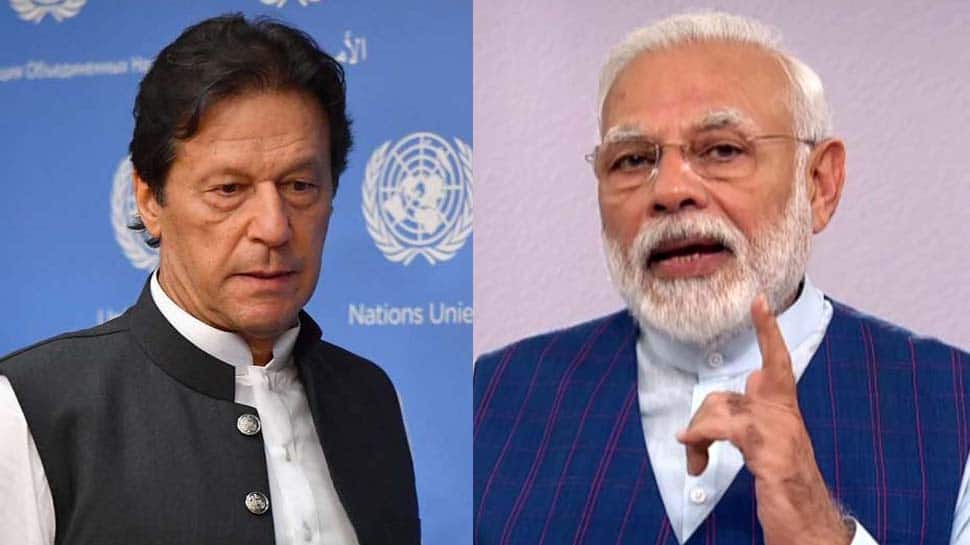 New Delhi: India on Tuesday slammed Pakistan, over the release of its new political map showing Indian territories as its own, and called it "an exercise in political absurdity". India further called the move as "ridiculous assertions" which neither have "legal validity nor international credibility".

A day ahead of the first anniversary of abrogation of Article 370 in Jammu and Kashmir, the Imran Khan government included the entire region of Jammu and Kashmir, Ladakh, the erstwhile princely state of Junagadh in Gujarat and Sir Creek as Pakistan's territories, in an act of cartographic aggression.

In a statement, the Ministry of External Affairs (MEA) said, "We have seen a so-called 'political map' of Pakistan that has been released by Prime Minister Imran Khan. This is an exercise in political absurdity, laying untenable claims to territories in the Indian state of Gujarat and our Union Territories of Jammu & Kashmir and Ladakh."

The MEA added, "These ridiculous assertions have neither legal validity nor international credibility. In fact, this new effort only confirms the reality of Pakistan’s obsession with territorial aggrandisement supported by cross-border terrorism."

While domestically Khan might be hoping that it be seen as a big political move, the same map was issued in 2012 by the Pakistan government. The only claim in the "new political map of Pakistan" is Sir Creek in Kutch region.

The Imran Khan government has planned several moves ahead of the first anniversary of the removal of special status to the erstwhile state of Jammu and Kashmir.

Unveiling the map, Khan called it a historic day in Pakistan’s history, according to Pakistani media Tribune. He also said that for the first time ever, Pakistan has launched a political map which shows the entire Kashmir region as its territory, reported Tribune. Pakistan Foreign Minister Shah Mehmood Qureshi said that plebiscite should be held in Kashmir region under the watch of UN to determine the future of the disputed territory, Tribune reported.

The move by Pakistan comes months after Nepal PM KP Sharma Oli took a similar step of including India's territories in its political map. The Nepal government on May 20 had released the revised political and administrative map incorporating the disputed territories of Limpiyadhura, Lipulekh and Kalapani. India has said that Nepal`s unilateral action is "not based on historical facts and evidence."

India has been continuously opposing Nepal for including its three territories in its revised map. India also said that the move is contrary to the bilateral understanding to resolve the outstanding boundary issues through diplomatic dialogue and "such artificial enlargement of territorial claims will not be accepted by India".