India-China standoff: Why both sides cannot use military capability along LAC

According to a 1996 agreement between the two sides, both sides are barred from conducting blast operations within 2 km of the LAC. 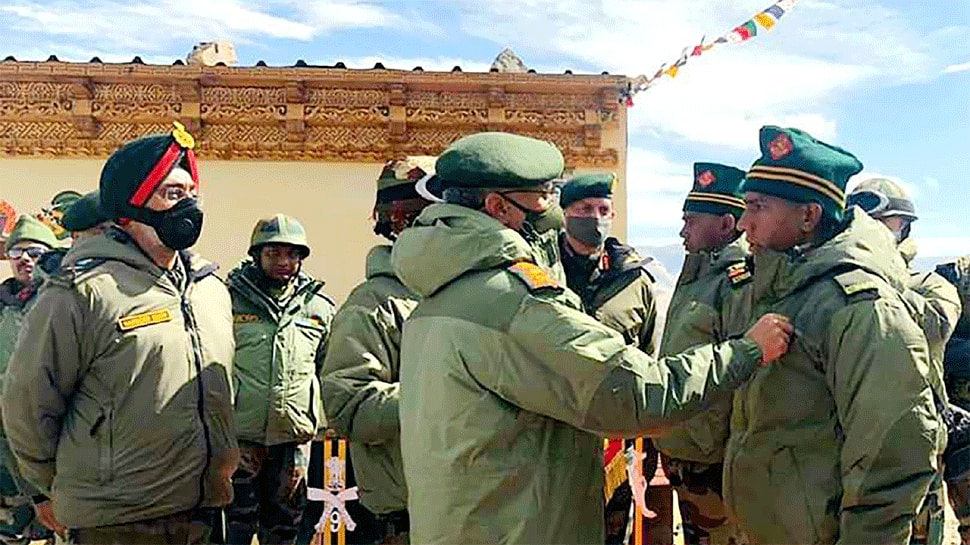 The India-China 1996 agreement lays down that neither side shall open fire, conduct blast operations or hunt with guns or explosives within two kilometres from the LAC.

The military face-off between India and China on June 15-16 led to the death of 20 Indian soldiers in action. There have been reports of both countries pulling up heavy arms and ammunition along the Line of Actual Control (LAC) ever since tensions escalated at the border.

However, according to a 1996 agreement between the two sides, both sides are barred from conducting blast operations within 2 km of LAC.

The rule, however, does not 'apply to routine firing activities in small arms firing ranges'. The treaty disallows both sides to avoid holding large scale military exercises involving more than one Division (approximately 1 5,000 troops) in close proximity of the LAC in the India-China border areas.

Article I of the agreement say, "Neither side shall use its military capability against the other side. No armed forces deployed by either side in the border areas along the Line of Actual Control as part of their respective military strength shall be used to attack the other side, or engage in military activities that threaten the other side or undermine peace, tranquillity and stability in the India-China border areas."

Article II asserts that "no activities of either side shall overstep the line of actual control."

Major categories of armaments to be reduced

The agreement specifically says "the two sides shall reduce or limit the number of field army, border defence forces, paramilitary forces and any other mutually agreed category of armed force deployed in mutually agreed geographical zones along the Line of Actual Control to ceilings to be mutually agreed upon."

Both sides should give prior notification

"If either side conducts a major military exercise involving more than one Brigade Group (approximately 5,000 troops) in close proximity of the line of actual control in the India-China border areas, it shall give the other side prior notification with regard to type, level, planned duration and area of exercise as well as the number and type of units or formations participating in the exercise," article IV asserts.

No air intrusions across the LAC

The agreement says both sides shall take adequate measures to ensure that air intrusions across the LAC do not take place while adding that combat aircraft including fighter, bomber, reconnaissance, military trainer, armed helicopter and other armed aircraft shall not fly within ten kilometres of LAC.

Unarmed transport aircraft, survey aircraft and helicopters shall be permitted

The agreement further states that while undertaking combat aircraft within ten kilometres from the LAC then it has to inform the other side on type of aircraft, duration of flights and area of operations.

The agreement says unarmed transport aircraft, survey aircraft and helicopters shall be permitted to fly up to the LAC.

Neither side shall open fire:

In a significant point, the India-China agreement lays down that neither side shall open fire, cause bio-degradation, use hazardous chemicals, conduct blast operations or hunt with guns or explosives within two kilometres from the LAC.

"If there is a need to conduct blast operations within two kilometres of LAC as part of developmental activities, the other side shall be informed through diplomatic channels.

The groundbreaking peace move was signed between New Delhi and Beijing on November 29, 1996. The agreement noted that it shall remain in effect until either side decide to terminate it after giving six months notice in writing. It shall become invalid six months after the notification.