The 22nd meeting of the Special Representatives (SR) for India-China Boundary Question will be held in New Delhi on Saturday, the Ministry of External Affairs (MEA) said on Friday. 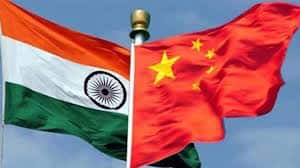 NEW DELHI: The 22nd meeting of the Special Representatives (SR) for India-China Boundary Question will be held in New Delhi on Saturday, the Ministry of External Affairs (MEA) said on Friday.

The Indian delegation will be lead by National Security Advisor (NSA) Ajit Doval, while the Chinese side will be led by State Counsellor and Foreign Minister Wang Yi, the MEA said in a statement.

This will be the first meeting of the Special Representatives between the two countries since the second informal summit between Prime Minister Modi and President Xi Jinping in India earlier in 2019.

Earlier, the meeting was supposed to take place in September, 2019, ahead of Xi's visit for the second informal summit with PM Modi at Mamallapuram in Tamil Nadu. However, it did not take place due to "scheduling issues", according to officials on both sides.

The 22nd round of meeting was decided upon PM Modi and Xi Jinping's meeting on the sidelines of the BRICS Summit in Brasilia to discuss matters related to boundary question.

The 21st round of India-China border talks, led by Special Representatives (SR) National Security Advisor Ajit Doval and his Chinese counterpart and Foreign Minister Wang Yi, were held at Chengdu in China in November 2018.

During the 21st round of talks, both the sides resolved to "intensify" and "advance" the dialogue for an early settlement of the boundary dispute, according to the official statements issued by both the sides after the talks.

The two officials also emphasised on maintaining peace and tranquillity at the border by the two militaries making use of a number of mechanisms worked out to improve the relations between the troops on the ground.

No Muslim citizen will be driven away from country, says Ravi Shankar Prasad on Citizenship Amendment Act