Moscow has been a long-standing ally of New Delhi and has backed India in international forums such as the listing of Jaish-e-Mohammad chief Masood Azhar in United Nations. 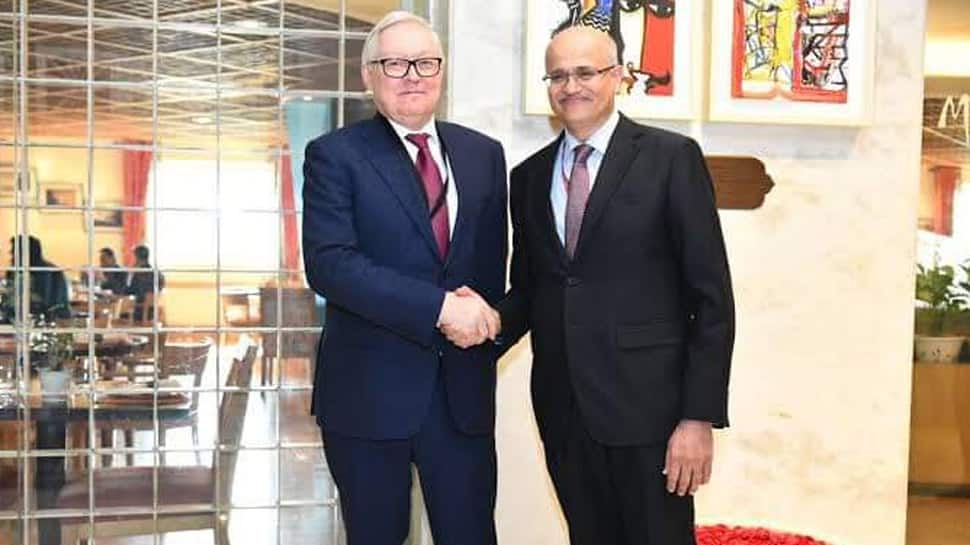 New Delhi: Indian Foreign Secretary VK Gokhale, who is on a two-day visit to Russia, met Russian Deputy Foreign Minister Sergey Ryabkov on Monday and discussed a range of issues including India's membership for the Nuclear Suppliers Group (NSG) which Moscow backs.

A release by Russian govt said, both sides "discussed cooperation within BRICS format, the current issues of the key multilateral export control regimes, including New Delhi application for NSG membership, other non-proliferation and arms control issues, as well as topical international issues of mutual interest."

Russian President Putin and PM Modi have spoken twice this year: first on January 1 on New Year and second on February 27 during which President Putin expressed his deep condolences over the Pulwama terrorist attack.

The Russian President has invited Prime Minister Modi to attend the Eastern Economic Forum in the eastern Russian city Vladivostok later this year.

The second informal summit between both countries is expected to happen this year in India. The first happened last year in Sochi, Russia.

Moscow has been a long-standing ally of New Delhi and has backed India in international forums such as the listing of Jaish-e-Mohammad chief Masood Azhar in United Nations. The country also is an important supplier of India in defence sector. Both sides concluded the S-400 deal last year during the annual bilateral summit.

US: Indian sentenced to eight years in jail in call centre scam