A huge crowd that had gathered at New Delhi's Rajpath to witness the Republic Day celebrations were treated to a spectacular parade featuring several contingents, cultural tableaus and precision flying. 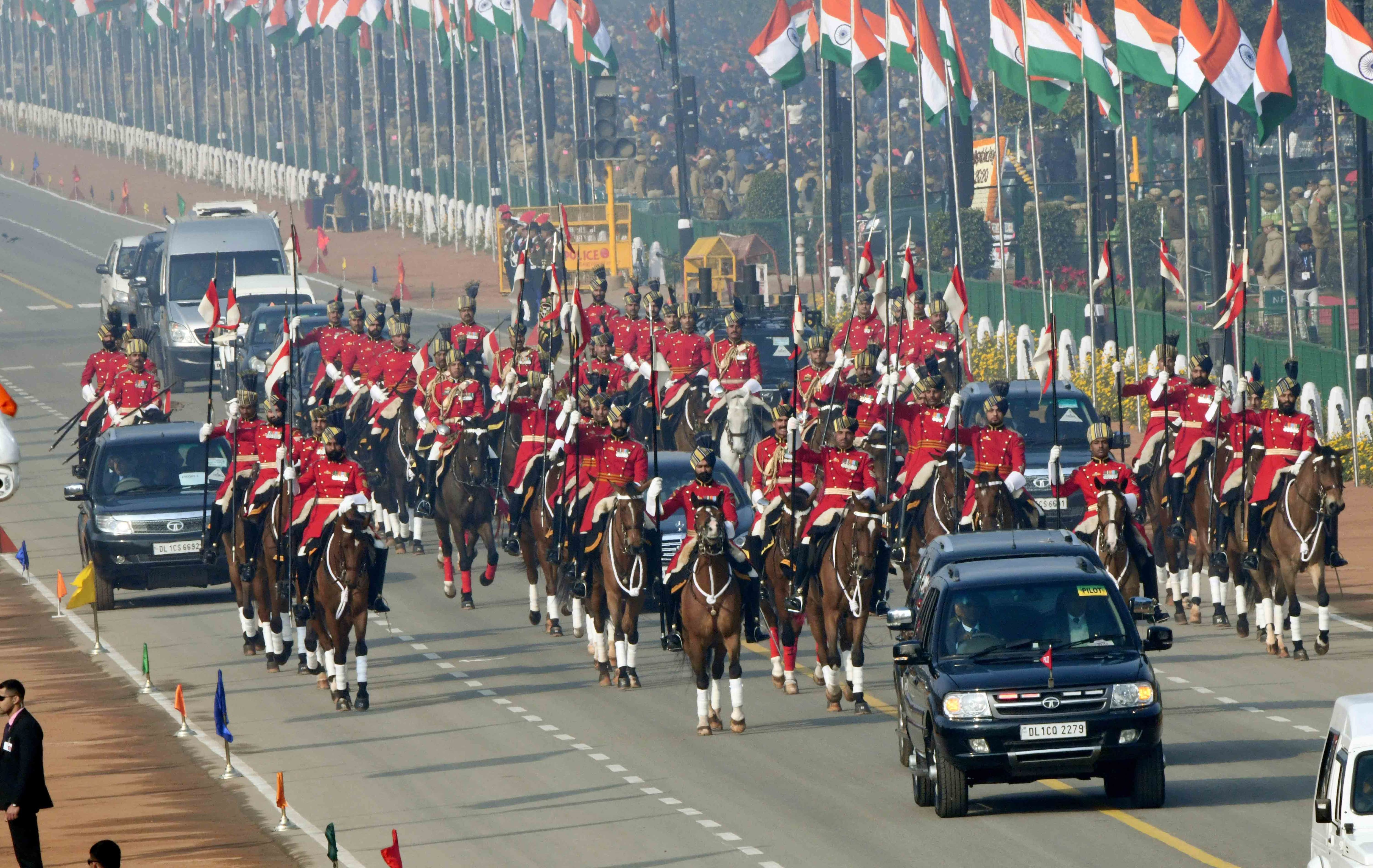 New Delhi: The nation celebrated the 71st Republic Day on Sunday (January 26) with a grand military parade and exhibition of its history, cultural diversity and strategic weaponry at the Rajpath. Brazilian President Jair Messias Bolsonaro was the chief guest for this year's ceremony. This was the third time a Brazilian president was the chief guest at the Republic Day.

The event began with Prime Minister Narendra Modi paying homage to martyrs at the newly-built National War Memorial at India Gate. This was the first time in the Indian history when the Prime Minister paid homage to the soldiers at the National War Memorial instead of Amar Jawan Jyoti beneath the India Gate arch. President Ram Nath Kovind unfurled the tricolour, which was then followed by the national anthem and 21-gun salute at Rajpath

A total of 22 tableaux were on display during the parade, of which 16 were of various states and UTs and six were of central ministries, departments and the National Disaster Response Force (NDRF).

Jammu and Kashmir, which participated in the parade for the first time as a Union Territory, had the 'Back to Village' programme for displaced Kashmiri Pandits as the theme for its tableau. The band played the national anthem with a 21-gun salute in the background when the tricolour was being unfurled at the Rajpath before the start of the parade.

The tableau of the Ministry of Jal Shakti showcased government's new initiative "Jal Jeevan Mission" which aims to provide a functional tap connection to every rural household by 2024. The National Disaster Response Force's tableau showcased the cutting-edge technology used by the agency during rescue operations in flood-hit areas and Delhi's Anaj Mandi inferno last year.

Heavylift helicopter Chinook and attack helicopter Apache, both recently inducted in the Indian Air Force, took also part in the flypast for the first time. Captain Tania Shergill, a fourth-generation Army officer, led the marching contingent of the Corps of Signals.

Daredevil acts performed by all-women bikers contingent of CRPF also made its debut on the Republic Day parade and garnered huge applause from thousands of people.

After Republic Day parade, PM Modi waved at the cheering crowd as he walked on the Rajpath.