This strategy, however, is not helping China as its expansionist agenda is being exposed internationally and Chinese President Xi Jinping too is learned to be losing the popular support. 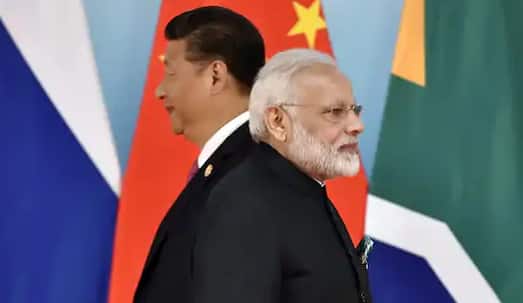 New Delhi: Sino-India faceoff in the Galwan Valley in the eastern Ladakh has exposed China internationally, but Chinese President Xi Jinping appears to be adamant in his expansionist misadventures. Amid talks with India to defuse border tensions following the recent violent clash between the two nations' troops, China has deployed 6 times more troops on the Line of Actual Control (LAC).

The deployment of Chinese troops along the LAC shows that the Communist nation is sticking to the 2500-year-old military strategy of Sun Tzu, who wrote a famous book The Art of War. The ancient military strategist had propounded that when you are weak, give the enemy an impression that you are very powerful and when you are really powerful, the enemy should have the feeling that you are too weak.

This strategy, however, is not helping China as its expansionist agenda is being exposed internationally and Chinese President Xi Jinping is also learned to be losing popular support. This is likely to make a dent in the steel frame around his persona and the impression so far given about the invincibility of the People's Liberation Army(PLA), which has to bite the dust in the Galwan Valley faceoff with Indian troops.

Zee News has come to know that China has not only increased the number of its troops but has also deployed ground-to-air HQ 16 and HQ 9 missiles on 856 km long LAC in Ladakh. The HQ 16 missile has a range of 40 km while the HQ 9 can cover a range of 200 kms.

Apart from this, China has also deployed its heavy artillery, anti-Aircraft guns and Rocket Force, which was formed in 2016, in this area. It is also believed that the Chinese army has the largest number of rockets in the world. This deployment has been made in the Depsang area near the LAC and the place is not far from Pangong Lake.

On the one hand, China is pretending to have talks with India and on the other hand, it is increasing its military power on the border. In the high-level talks between the top military officials of both the nations, India has, however, made it clear that until China goes back pre-May situation, it would be difficult to resolve this dispute, which is likely to prolong by the end of the year or even longer.

Amid this Sino-India border row, reports are coming in that murmuring against all-powerful President Xi Jinping has also increased. Former Chinese soldiers and Chinese people are irked over Xi's misadventure against India. Jianli Yang, founder of Citizen Power Initiatives for China, an organization opposing Chinese government policies, has written an article in the American newspaper Washington Times citing this feeling. He claimed that some former and current Chinese soldiers are so angry with Jinping that they can even revolt.

Jianli Yang, who is the son of a former leader of the Communist Party of China, further claimed that China has made a huge mistake by hiding the number of soldiers killed in the Galwan faceoff. The Chinese government is also fearing that this may increase the anger of Chinese people who may take to the streets against Jinping.

By increasing the deployment on the Ladakh border, Xi Jinping perhaps wants to give the message that the PLA is still completely under his control. The global protest against China is also increasing after the disputed national security law has been implemented in Hong Kong.

Australia, which is troubled by the economic siege from China, has also decided to increase its military budget by 40 per cent to 270 billion Australian dollars over the next 10 years in view of the increasing Chinese threat in the Asia Pacific region.