Lockheed Martin has offered to shift its F-16 production line from the United States to India, potentially the biggest boost for Prime Minister Narendra Modi's Make in India project. 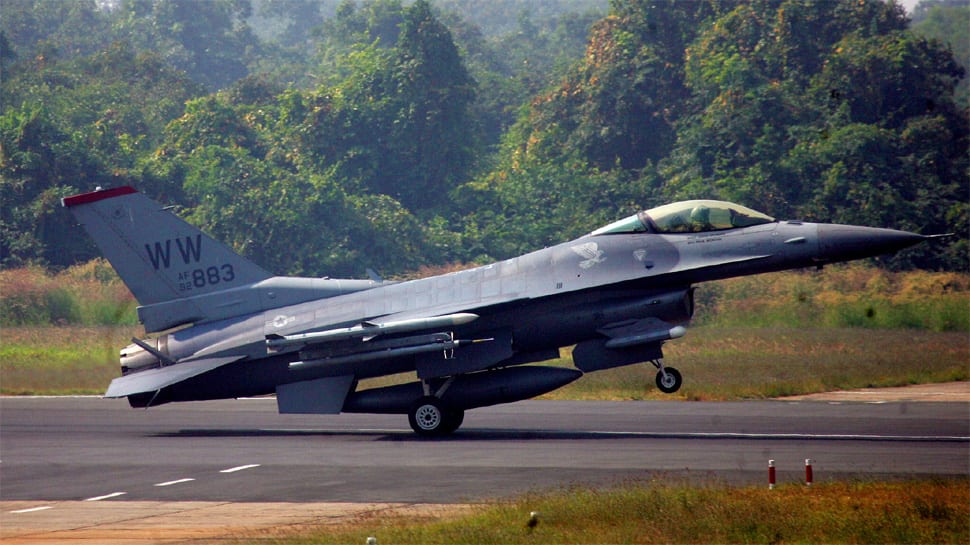 NEW DELHI: Lockheed Martin sees a potential export market of more than $20 billion for its F-16 fighter aircraft from an assembly line in India it has offered to set up in order to win a large Indian military order, a top executive said.

The US defence firm is competing with Boeing`s F/A-18, Saab`s Gripen, Dassault Aviation`s Rafale, the Eurofighter Typhoon and a Russian aircraft to supply the Indian air force with 114 combat planes in a deal estimated to be worth more than $15 billion.

Lockheed Martin has offered to shift its F-16 production line from the United States to India, potentially the biggest boost for Prime Minister Narendra Modi`s Make-in-India project to create a defence industrial base and generate jobs for the thousands of youth entering the workforce each month.

Vivek Lall, the vice president of strategy and business development at Lockheed, told Reuters that the firm would make India the sole global production centre for the F-16 that would meet the requirements for the Indian military but also overseas markets.

"We see current demand outside of India of more than 200 aircraft. The value of those initial acquisition programs would likely exceed $20 billion," Lall said.

Bahrain and Slovakia had picked the F-16 Block 70 that had been offered to India, he said. "We are in discussions with Bulgaria, several other countries, 10 countries. There is a kind of a renaissance of the F-16."

India`s defence ministry is expected to issue an expression of interest over the next several months, followed by a request for proposals in a long, drawn out process for the air force contract.

India’s military has said it wants 42 squadrons of jets, around 750 aircraft, to defend against a two pronged attack from China and Pakistan. But with old Russian jets like the MiG-21, first used in the 1960s, retiring soon, it could end up with only 22 squadrons by 2032, officials have warned.

Lall said the plan to relocate the F-16 plant which was originally in Fort Worth, Texas, will not undermine US President Donald Trump`s signature goal of moving manufacturing back to America.

The plant in Texas is being used to produce the fifth generation F-35 Joint Strike Fighter that the United States Air Force is transitioning to.

Lall said there would still be work done out of the United States even if production of the F-16 moves to India and that Make in India and Trump`s Make America Great Again were not at cross purposes.

Lockheed has picked Tata Advanced Systems as its Indian partner for the proposed F-16 plant and last year it announced that their joint venture will produce wings for the aircraft in India, regardless of whether it wins the Indian military order.

Lockheed has picked Tata Advanced Systems as its Indian partner for the proposed F-16 plant and last year it announced that their joint venture will produce wings for the aircraft in India, regardless of whether it wins the Indian military order.