The German Chancellor Angela Merkel will participate in the 5th Biennial Indo-German Inter-governmental Consultations (IGC). Merkel last visited India in October 2015. According to the Ministry of External Affairs, during the IGC, the two sides will discuss the deepening of cooperation in traditional sectors such as transport, skill development, and energy. 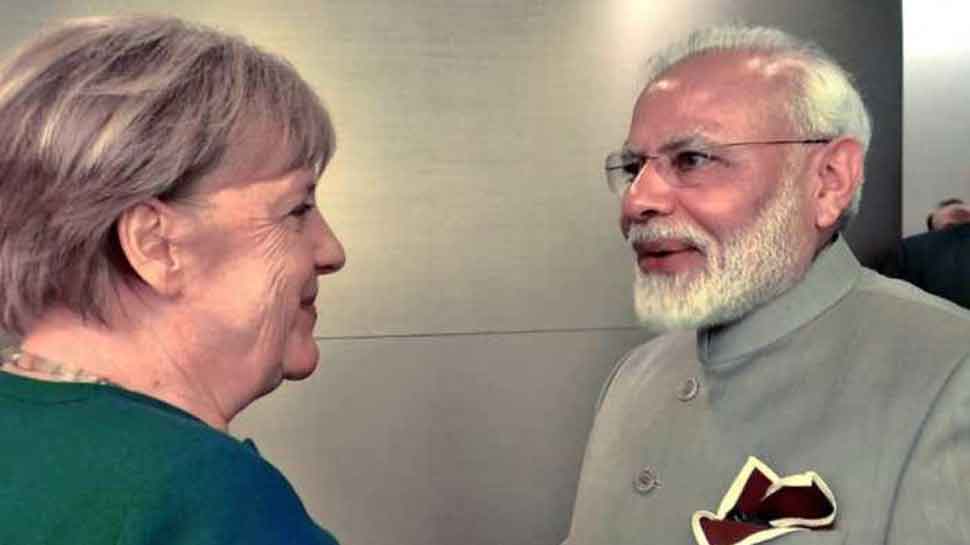 She will participate in the 5th Biennial Indo-German Inter-governmental Consultations (IGC). The German Chancellor will be heading the delegation of 12 ministers. Earlier in the day, while speaking to ANI, German Ambassador to India Walter J Lindner said, "She will be accompanied by 12 ministers. They represent almost all our ministries. Topics are from artificial intelligence to agriculture to economic issues.... There's a lot of things they can talk about."

Merkel last visited India in October 2015. According to the Ministry of External Affairs, during the IGC, the two sides will discuss the deepening of cooperation in traditional sectors such as transport, skill development, and energy, and explore possibilities for cooperation in newer areas like green urban mobility and Artificial Intelligence (AI).

Modi and Merkel will also exchange views on regional and global matters of mutual interest. Both leaders will have a separate engagement with CEOs and business leaders of both countries, the statement said. The German Chancellor is also expected to call on President Ram Nath Kovind.

"India and Germany have established a strategic partnership that is characterized by a high degree of trust and mutual understanding. The two leaders have regularly interacted on the sidelines of multilateral meetings. Germany is a leading trade and investment partner," the statement said.

Last month, Merkel had met Modi on the sidelines of the 74th session of the United Nations General Assembly in New York. The two leaders held wide-ranging dialogues on several issues. In April last year, Modi made a brief stopover in Berlin and met Merkel after his visit to Sweden and Britain.

Majority of terrorists killed in Jammu and Kashmir came from Pakistan: European Union MPs in Srinagar