India gets consular access for Indians onboard detained Iranian tanker

Stena Impero was detained two weeks ago for "failing to respect international maritime rules", according to the Iranian authorities. 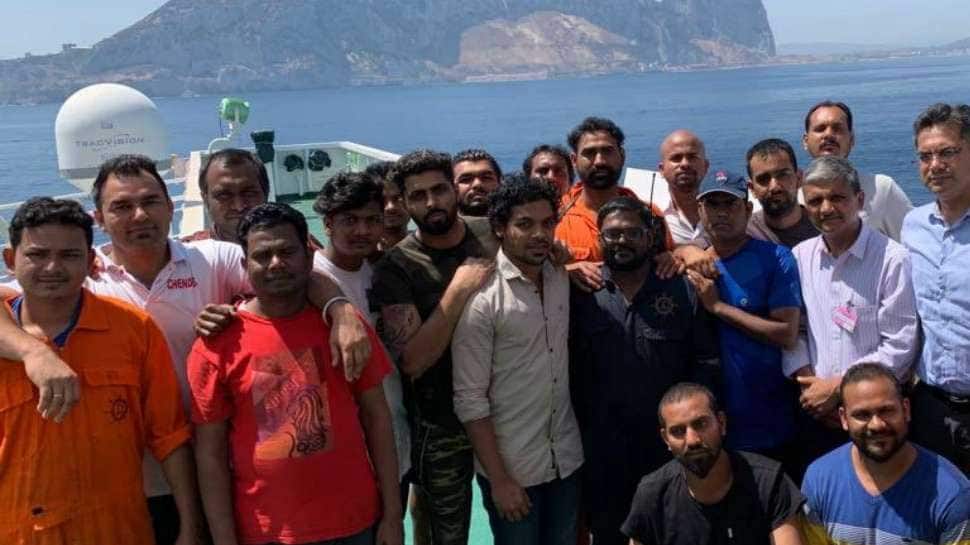 Earlier this week, Foreign Secretary Vijay Gokhale met Iranian Ambassador in Delhi and Indian Ambassador in Tehran also had meetings with senior officials of Iranian Foreign Ministry regarding the issue.

Stena Impero was detained two weeks ago for "failing to respect international maritime rules", according to the Iranian authorities.

On Wednesday, New Delhi was given consular access by British authorities for 24 Indian sailors who were taken into custody after an Iranian tanker was detained a few weeks ago.

The Iranian tanker Grace 1 was detained off the coast of British Territory Gibraltar for allegedly carrying oil to Syria that would have violated sanctions on the country.

A 3 member team from Indian Mission in London met all 24 crew members.

Ministry of External Affairs spokesperson Raveesh Kumar said, "crew members were calm and compose and no sense of panic" and Indian diplomats assured that ''the Government of India will take all necessary steps for early release and repatriation".

The seizing of UK Tanker Stena Impero was seen as a reaction by Tehran to the seizing of its Tanker Grace-1 and in both cases, Indians sailors onboard them suffered the brunt.