President Ram Nath Kovind addressed the nation on the eve of India's Independence Day and spread the message of peace and harmony. 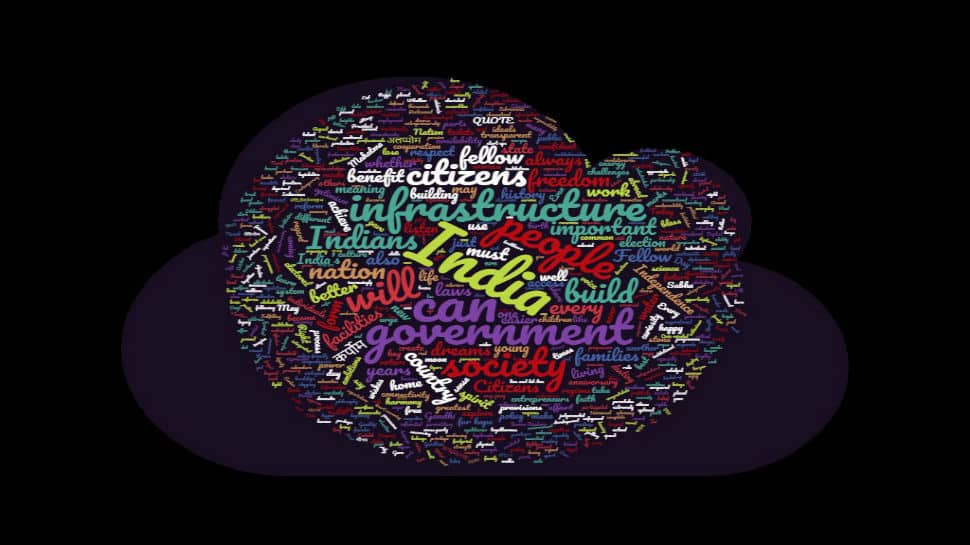 New Delhi: India, can, government, infrastructure, people are some of the top words in President Ram Nath Kovind's speech to the nation on the eve of the country's 73rd Independence Day.

While India has been used 16 times, can (13), government (12), infrastructure (10), people (10), society (9), will (9), citizens (8), Indians (8) and build (7) reveal the focus of Prime Minister Narendra Modi and his Bharatiya Janata Party-led National Democratic Alliance government.

President Kovind thanked voters of the country for coming out in record numbers to participate in the Lok Sabha election 2019 which eventually saw BJP win a second term. Highlighting how the process of nation-building continues, President Kovind urged fellow countrymen to continue working with enthusiasm to take India to newer heights. "Nation-building is about creating that optimal partnership between voters and their representatives, between citizens and their government, and between civil society and state," he added.

Remembering the contributions, the struggles and sacrifices made by India's freedom fighters, President Kovind said, "The illustrious generation that led us to freedom did not perceive independence only in terms of transfer of political power. They considered it a stepping stone in a longer and larger process of nation-building and national welding."

President Kovind then spoke on a number of issues - ranging from the recent developments in Jammu and Kashmir and Ladakh - highlighting how the people here would now benefit, to the valour and devotion to duty of Indian armed forces, paramilitary forces and police departments. He also reminded Indians in the country and elsewhere of the cultural values and of traditions.