Speaking at the BRICS meet, PM Modi said, "support to terror should be stopped" and talked about a global conference on the issue, the idea for which was given by him during his visit to the Maldives earlier this month. 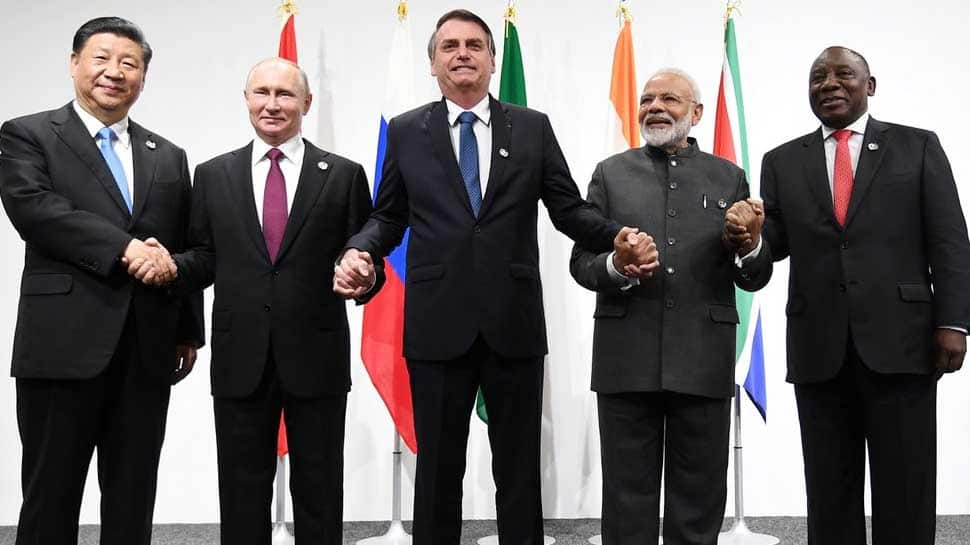 Osaka: The rising threat from protectionism and terrorism was the key focus during informal BRICS and RIC (RUSSIA, INDIA, CHINA) meet that happened on the sidelines of the 14th G20 summit.

Speaking at the BRICS meet, that has become a permanent fixture on the sidelines of G20 summit, PM Narendra Modi said, "support to terror should be stopped" and talked about a global conference on the issue, the idea for which was given by him during his visit to the Maldives earlier this month.

He said, there is uncertainty in the global economic order and "rules-based multilateral order" can face problems due to one-sided decisions.

PM Modi gave 5 solutions to the current problems which included free flow of skilled man force which will benefit nations were the average age of the workforce is passed the workable age.

The BRICS in its joint declaration came strong on states providing support to terror. They reiterated that it is the "responsibility of all states to prevent financing of terrorist networks and of terrorist actions from their territories" and "commitment to fight the exploitation of internet for terrorist purposes."

The statement took a strong stance on protectionism and said, "Protectionism and unilateralism run counter to the spirit and rules of the WTO". India said that any international rules on data should be done under WTO and not by any other grouping including G20.

This comes even as Australia, Japan and US push for a free flow of trade at the G20. It is interesting to know RIC Meet, echoed the sentiment on trade and terror.

Speaking at the RIC--Russia, India, China trilateral which was revived last year after a gap of 12 years, PM said, "As the world's leading economies, exchange of views between us, on the economic, political and security situation of the world is important. Our trilateral meeting today is a useful medium for discussing and coordinating on major global issues."

RIC meet discussed global trading regime and need for rules-based trading order and support for WTO reforms while slamming protectionism. PM talked about the idea of an International conference at the RIC meet and hoped Russia and China will back it.

It is interesting to know, that all 3 members of RIC are also members of the BRICS.