Jadhav, a retired Indian Navy officer, was sentenced to death by a Pakistani military court on charges of "espionage and terrorism" after a closed trial in April 2017. 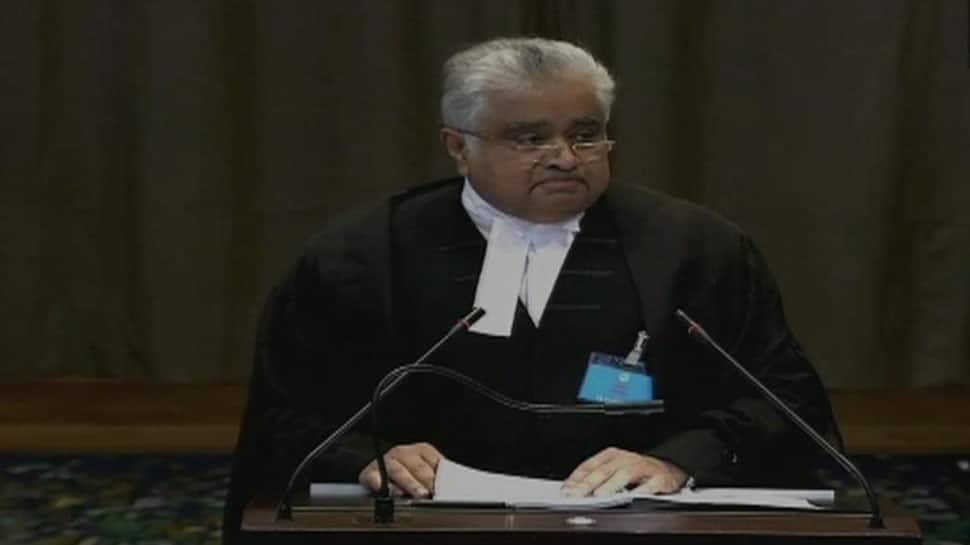 India on Wednesday strongly objected to the abusive language used by Pakistan's counsel in the Kulbhushan Jadhav case at the International Court of Justice (ICJ), urging the UN court to draw a red line. The ICJ on Wednesday began its second round of public hearing in the case.

Jadhav, a retired Indian Navy officer, was sentenced to death by a Pakistani military court on charges of "espionage and terrorism" after a closed trial in April 2017. His sentencing evoked a sharp reaction in India.

India's former Solicitor General Harish Salve, who is representing Jadhav at the ICJ, drew the court's attention to the abusive language used by Pakistan through its counsel Khawar Qureshi on the second day of the hearing.

"The language echoed in this court... Perhaps this Court may lay down some red lines. The transcript is peppered with words such as shameless, nonsense, disgraceful... India takes exception to be addressed in this fashion in an international court," said Salve.

He said "criticism of a sovereign state of the case made out of the other state must be in language consistent with the dignity of other states. Humpty Dumpty has no place in this court".

"India strongly objects to the abusive language of Pakistan's counsel. I would let the matter rest as Indian culture prevents me from indulging in a similar language of insults," added Salve.

"Pakistan's three attempts to derail proceedings in the ICJ have failed. Jadhav has been sent to gallows on the basis of the extracted confession," Salve tells ICJ Judges.

Salve said that Jadhav has become a 'pawn' in Pakistan tool to divert international scrutiny from itself.

On Wednesday, India will have a maximum of 90 minutes to submit its final arguments in the case. Pakistan will also get 90 minutes to respond to India's arguments on Thursday.

The ICJ is expected to deliver its verdict in the summer of 2019.