India pays back a vocal Turkey, strongly reacts to Ankara's invasion of Syria

The Ministry of External Affairs said, "The unilateral military offensive by Turkey in north-east Syria..undermine stability in the region and the fight against terrorism." 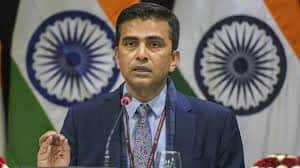 New Delhi: India has expressed its "deep concern" at the Turkish invasion of northern Syria, an area dominated by minority Kurds who Ankara has blamed for terrorism.

In a strong response by New Delhi,  the Ministry of External Affairs said, "The unilateral military offensive by Turkey in north-east Syria..undermine stability in the region and the fight against terrorism."

Further, the MEA said that the west Asian country's action has the "potential for causing humanitarian and civilian distress" and urged it to "exercise restraint and respect the sovereignty and territorial integrity of Syria."It called on Ankara to peaceful settle "all issues through dialogue and discussion."

The statement by New Delhi comes on the back of Turkey backing Pakistan on Kashmir with Turkish President Recep Tayyip Erdogan even raising Kashmir from the United Nations General Assembly in New York in Kashmir. Turkey, along with Malaysia and China is the only set of three countries that have reacted negatively on New Delhi's decision to remove a special status for the erstwhile state of Jammu and Kashmir.

It is interesting to know, Pakistan has welcomed the Turkish invasion of Syria. Pakistan foreign office spokesperson said, "We appreciate Turkey’s positive role in finding a viable political solution to the conflict in Syria. We also acknowledge Turkey’s humanitarian efforts by graciously hosting over 3.5 million Syrian refugees. We recognize Turkey’s legitimate security concerns in the region. Like Pakistan, Turkey has also been a victim of terrorism."

The Pakistan foreign office spokesperson added, "Pakistan has been and continues to support the territorial integrity of Syria and expresses the hope that a political solution to the Syrian conflict will be reached at the earliest, that takes into account concerns of all regional stakeholders and parties to the conflict."