Pakistani ministers have often been filmed sharing the dais with Hafiz Saeed and making anti-India statements. 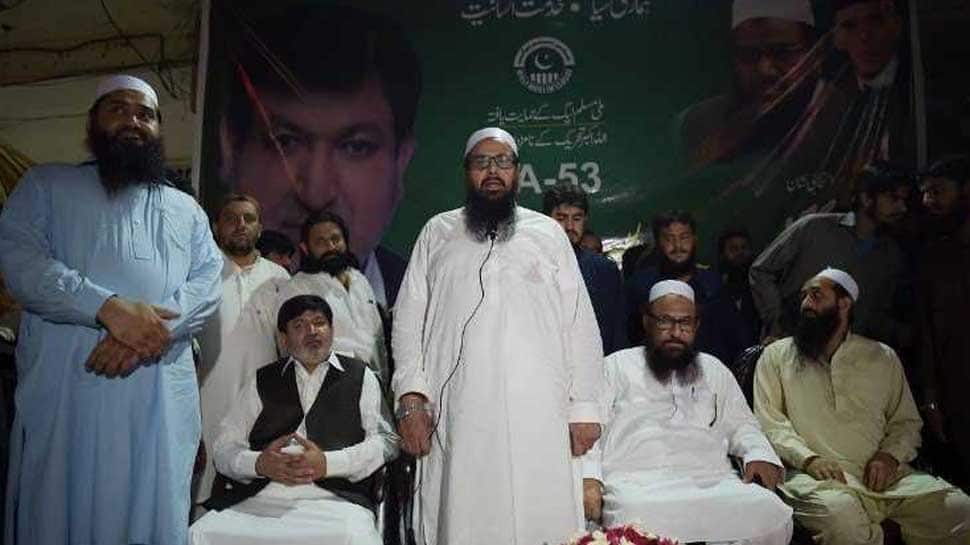 Ministry of External Affairs sent a note verbale to Pakistan High Commission India on Wednesday, February 6, registering its "strong protest at the continued use of Pakistan controlled territory by extremist and terrorist elements" to "freely propagate and promote violence and terror against India."

Saeed, the chief of Jamaat-ud-Dawah (JuD) and co-founder of banned militant outfit Lashkar-e-Toiba, took part in the `Kashmir Solidarity Day` rally on February 5. He was even showered with rose petals during the rally proceeding.

JuD is a UN-designated terrorist organisation and Saeed has a bounty of $10 million on his head. Saeed also launched his own political outfit Milli Muslim League (MML) last year

India has been vocal about the issue of Hafiz Saeed roaming freely in Pakistan several times. Last year at the United Nation, New Delhi slammed the neighbour nation for supporting terror and asked how is that a "UN-designated terrorist Hafiz Saeed enjoys a free run inside Pakistan and spews venom and sets up candidates for electoral office?"

Despite Islamabad maintaining it wants peace with India, Pakistani ministers have often been filmed sharing the dais with Hafiz Saeed and making anti-India statements.

JuD has also opened centres in Pakistan-Occupied Kashmir in collaboration with a prominent leader of Pakistan Tehreek-e-Insaf (PTI), the party in power in Pakistan.

Saeed's NGO Falah-e-Insaniat Foundation, a subsidiary of JuD, is also no longer in the list of Pakistan’s banned organizations.

In January, India sent a number of Note Verbales to Pakistan on the issue of Indian Diplomats harassment, killing of Indian fisherman and stopping of Indian cargo flights to Afghanistan.

Note verbale is a form of protest a country gives to another country when it annoyed by something or some issue that undermines it in the country concerned.

Doubts are being created deliberately on Rafale issue: Nirmala Sitharaman