Reacting to the map, Ministry of External Affairs (MEA) official spokesperson Anurag Srivastava said that the unilateral action is not based on historical facts and evidence. 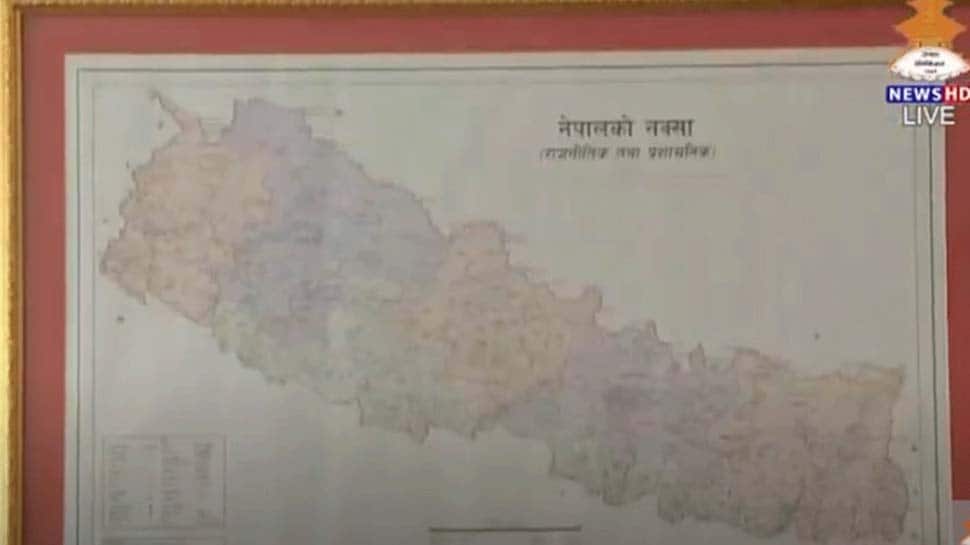 Hours after Nepal released a revised controversial map of the country showing several Indian territories as its own, India on Wednesday rejected the new map and called for the respect of India's sovereignty and territorial integrity. Reacting to the map, Ministry of External Affairs (MEA) official spokesperson Anurag Srivastava said that the unilateral action is not based on historical facts and evidence.

The Nepal government officially issued a map which shows Indian territories of Lipulekh, Kalapani, Limpiyadhura as its own. The map was unveiled by the Ministry of Land Management, Cooperatives & Poverty Alleviation.

The MEA spokesperson added that it is in contrary to the bilateral understanding to resolve the outstanding boundary issues through diplomatic dialogue. He also said that such artificial enlargement of territorial claims will not be accepted by India. Srivastava further added that Nepal is well aware of India’s consistent position on the matter and urged it to refrain from such unjustified cartographic assertion.

An official statement read, "The Government of Nepal has released a revised official map of Nepal today that includes parts of Indian territory. This unilateral act is not based on historical facts and evidence. It is contrary to the bilateral understanding to resolve the outstanding boundary issues through diplomatic dialogue. Such artificial enlargement of territorial claims will not be accepted by India."

"Nepal is well aware of India’s consistent position on this matter and we urge the Government of Nepal to refrain from such unjustified cartographic assertion and respect India’s sovereignty and territorial integrity. We hope that the Nepalese leadership will create a positive atmosphere for diplomatic dialogue to resolve the outstanding boundary issues," it added.

Earlier in May, Nepal’s President Bidhya Devi, while addressing the joint session of the Parliament, had said new maps of the country will be published that will show all areas it considers it's own. Bhandari said, "Limpiyadhura, Lipulekh and Kalapani region are Nepal's territory and concrete diplomatic efforts will be taken towards reclaiming these territories. An official map of Nepal will be published accordingly incorporating all the territories of Nepal."

Elaborating Nepali govt's approach, Bhandari explained that the "government of Nepal is committed to safeguarding the international borders of Nepal" and "outstanding border disputes with India will be resolved through diplomatic medium relying on available historical treaties, maps, facts and evidence"

Kathmandu raised the chorus over the issue after Defence Minister Rajnath Singh inaugurated a new road from Dharchula to Lipulekh that will reduce the time taken for Kailash Mansarovar pilgrimage.

After this development, Indian envoy to Nepal Vinay Mohan Kwatra was called by Nepal's Foreign Minister Pradeep Kumar Gyawali and its concern was raised over the matter.

India has clarified to Nepal on Lipulekh that the "recently inaugurated road section in Pithoragarh district in Uttarakhand lies completely within the territory of India".

New Delhi sees an increased Chinese role in Nepal as a reason for current comments by Kathmandu. Indian Army Chief General Manoj Mukund Naravane had on Friday hinted at foreign involvement with Nepal raking up the Lipulekh issue.

Army Chief, speaking at a think tank IDSA's online meet, said, "I do not know exactly what they are exactly agitating about. Never been a problem in the past, reasons to believe they might have raised these problems, issues at the behest of someone else and there is very much a possibility."