Both Prime Minister Narendra Modi and Russian President Vladimir Putin said that close cooperation between New Delhi and Moscow in military and military-technical areas is a key pillar of bilateral and especially privileged strategic partnership. 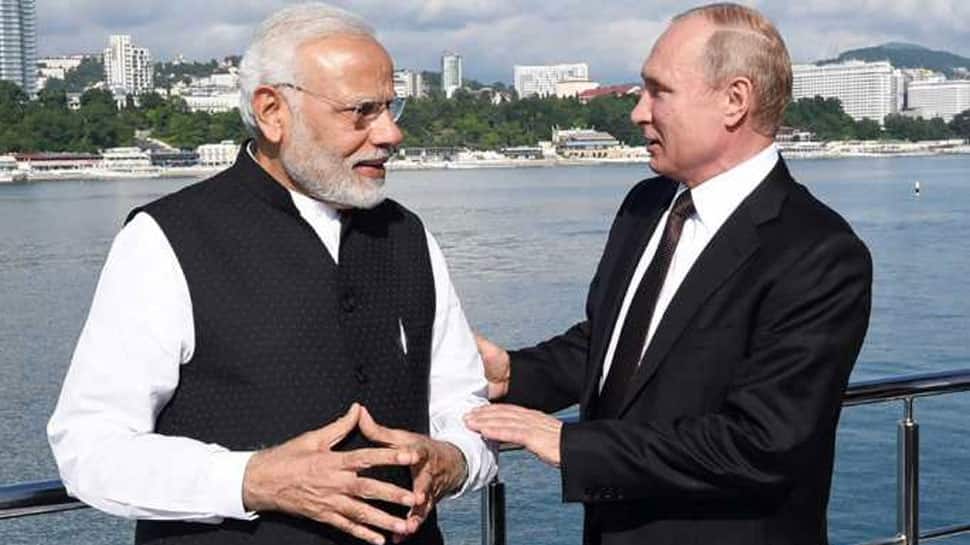 Russia and India on Wednesday announced that the two countries are planning to launch joint development and production of military equipment, spare parts and components. "Through trust and partnership to new heights of cooperation" read a statement signed by Prime Minister Narendra Modi and Russian President Vladimir Putin. The two leaders signed the statement after their talks in Vladivostok on the sidelines of the Eastern Economic Forum (EEF).

"The sides have declared their commitment to boosting cooperation in the defense sphere, including establishing joint development and production of military equipment, spare parts and components as well as improving the system of aftersales services, and continuing regular joint drills between the two countries’ military," the document read. Both PM Modi and Putin said that close cooperation between New Delhi and Moscow in military and military-technical areas is a key pillar of bilateral and especially privileged strategic partnership. The document added also stated that both the leaders agreed that there is a need to institutionalize mutual provision of logistical support and services for the armed forces of the two countries.

Besides, Russia and India welcomed strengthening cooperation between Russia’s state space corporation Roscosmos and the Indian Space Research Organisation (ISRO). Both countries reached to an agreement that time has come to make full use of the potential of Russia and India in the field of rocket production and creation and utilization of various spacecraft.

2. Joint Strategy for the Enhancement of India- Russia Trade and Investments.

7. Plan for cooperation between the Central Board of Indirect Taxes and Customs, Ministry of Finance, Republic of India and the Federal Customs Service (Russian Federation), for combating customs violations in 2019-2022.

9. Program between the Ministry of Petroleum and Natural Gas of the Republic of India and the Ministry of Energy of the Russian Federation on expansion of cooperation in oil and gas sector.

12. Cooperation agreement between the Federation of Indian Chambers of Commerce and Industry the Roscongress Foundation.

13. Memorandum of Understanding between the Federation of Indian Chambers of Commerce and Industry and the Autonomous Non-profit Organization Agency for Strategic Initiatives to promote New Projects.

14. Memorandum of understanding between the Joint Stock Company NOVATEK and PETRONET LNG Limited on cooperation with respect to the joint development of downstream LNG Business and LNG supplies.

Check the time of Chandrayaan-2 Vikram rover's landing on moon