Raveesh Kumar, the two leaders discussed ways to step up the bilateral military cooperation between India and the United States but there was no mention of the India-Russia S-400 missile deal during their discussion. 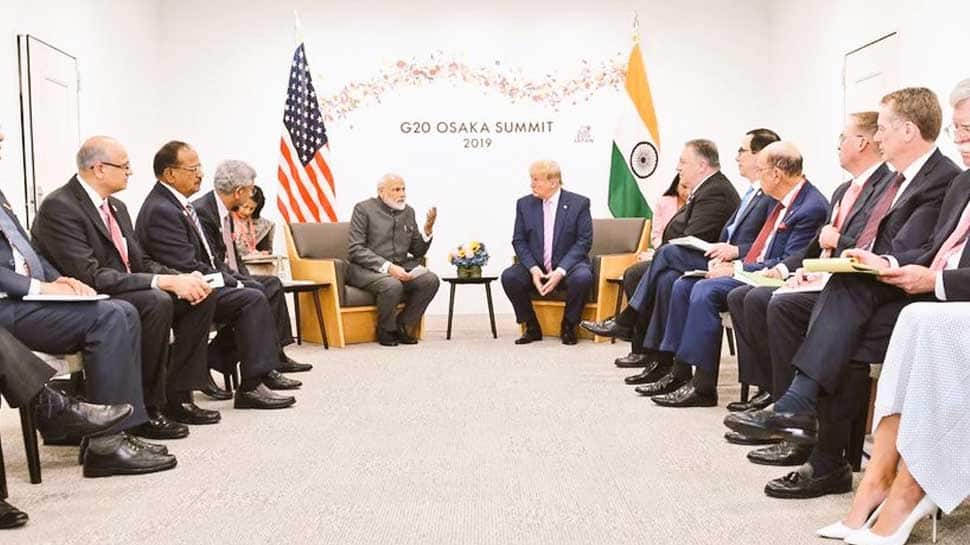 OSAKA: Though India is keen on buying S-400 missile defence system from Russia, it did not figure during the talks between Prime Minister Narendra Modi and US President Donald Trump as the two leaders met in Osaka, Japan for the G20 Summit.

According to the Foreign Secretary Vijay Gokhale, the two leaders discussed ways to step up the bilateral military cooperation between India and the United States but there was no mention of the India-Russia S-400 missile deal during their discussion.

When asked as to what was the way out on the S-400 missile deal with Russia, Foreign Secretary, who was joined by MEA spokesperson Raveesh Kumar during the press briefing, said, ''The S400 issue was not discussed, there was an issue of time constraint here. You were in Delhi when this matter was addressed by our External Affairs Minister in the press conference with the Secretary of State Pompeo, so that’s where it stands, no discussion took place.''

Gokhale, while responding to a question on concerns expressed by the US government recently that buying S400 deal from Russia would limit cooperation, said, ''Let me be very clear about this, no one issue is going to impact on the larger strategic relationship between India and United States. This is a relationship which is deep, which is broad, we have some issues, we will work through them but no one issue is going to, in any way, have any impact.''

To a question on US-Iran tensions and its impact on the global crude oil prices with relations to India, the Foreign Secretary said, ''On Iran, the primary focus was how we ensure stability in that region. It is that instability affects us in many ways, not just in terms our energy needs but in terms of the very large diaspora that we have in the Gulf, eight million Indians in the Gulf region and economic interests. So essentially the two leaders agreed that they and their officials will continuously remain in touch to ensure that the region remains stable and I think that is in our interest and in the interest of the United States and in the interest of the region. So that is what I can say.''

The S-400 is known as Russia's most advanced long-range surface-to-air missile defence system.

China was the first foreign buyer to seal a government-to-government deal with Russia in 2014 for the system.

PM Modi, who is in Osaka, Japan for the G20 Summit, met with Trump shortly after the Japan-America-India trilateral meeting during which Modi highlighted "the importance India attaches to" the grouping.

This was PM Modi's first meeting with Trump after the BJP's landslide win in the parliamentary election.

The meeting assumes significance as Trump, championing his 'America First' policy, has been a vocal critic of India for levying "tremendously high" duties on US products.

PM @narendramodi had an open & productive meeting with POTUS @realDonaldTrump on the margins of #G20 Summit. The two leaders discussed various aspects of mutual interest with a focus on cooperation in 5G, defence & security & trade. pic.twitter.com/cdrkwOngEs

''Four Issues were taken up during the bilateral meeting. The issues were related to Iran, 5G, trade and defence relations,'' he added.

''During the discussion, PM Modi also recalled that India has deployed some of the Indian Navy ships in the region to protect the Indian flagged vessels passing through the Gulf,'' Gokhale informed.

The US in the past has warned that New Delhi's deal to procure the lethal missile system from Moscow will have "serious implications" on India-US defence ties.