The Russian missiles with an extended range would give an added capability to the Sukhois to take on enemy aircraft at long ranges. 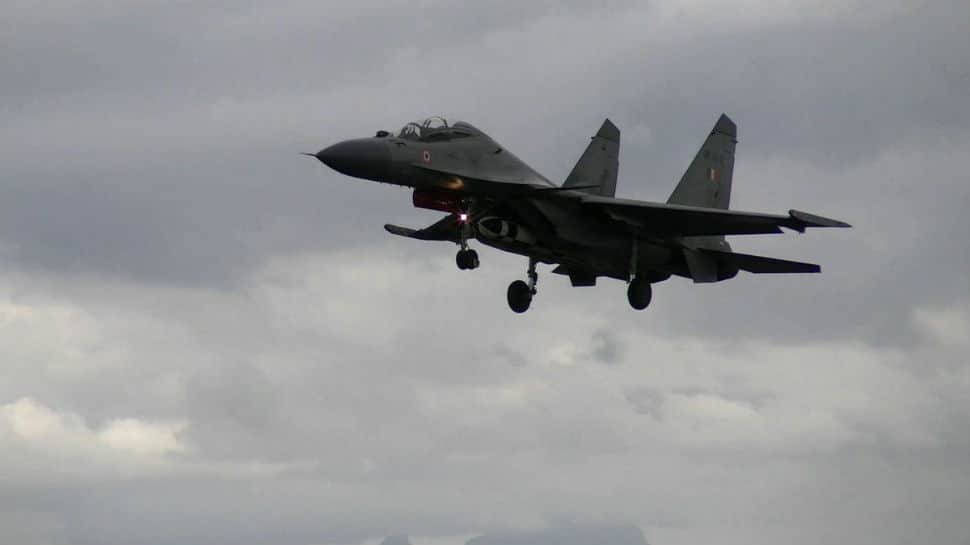 On May 22 of 2019, Indian Air Force tweeted this photo of Su-30 MKI fighter after it successfully test-fired BrahMos air version missile.
Share:
Edited By:

New Delhi: Boosting its capabilities in beyond visual range warfare, India signed a deal worth around Rs 1,500 crore to acquire R-27 air-to-air missiles from Russia to be equipped on the Su-30 MKI combat aircraft.

"A contract has been signed with Russia for the acquisition of R-27 air-to-air missile to be fitted on the Su-30 MKI combat aircraft fleet of the Indian Air Force," government sources told news agency ANI here.

The Russian missiles with an extended range would give an added capability to the Sukhois to take on enemy aircraft at long ranges, they said.

The missiles have been acquired under 10-I projects which mandate the three services to maintain critical weapon systems and spares for a specified minimum period, which is known as War Wastage Reserve (WWR).

The R-27 missile is a medium-to-long-range air-to-air missile developed by Russia for its MiG and Sukhoi series of fighter jets.

In the last 50 days, the Indian Air Force (IAF) has signed deals worth over Rs 7,600 crore for acquiring equipment under emergency requirements approved by the Defence Ministry.

The IAF has spent around Rs 7,600 crore in procuring missiles such as the Spice2000, Strum Ataka ATGMs and a large number of spares under the emergency procurement route.

After the Pulwama attack, the Central government had given emergency powers to the three services to buy whatever equipment is required by them for safeguarding the borders with Pakistan.

Under the powers given, the security forces can buy the equipment of their choice within three months at the cost of up to Rs 300 crore per case.

The emergency powers were given to the forces within a few weeks after the Pulwama attack in which 44 CRPF personnel were killed and India started increasing vigil at the borders with Pakistan, they said.