Military sources said that an inter-governmental agreement was signed by New Delhi and Russia after months of negotiations on price and various other aspects of the crucial deal. 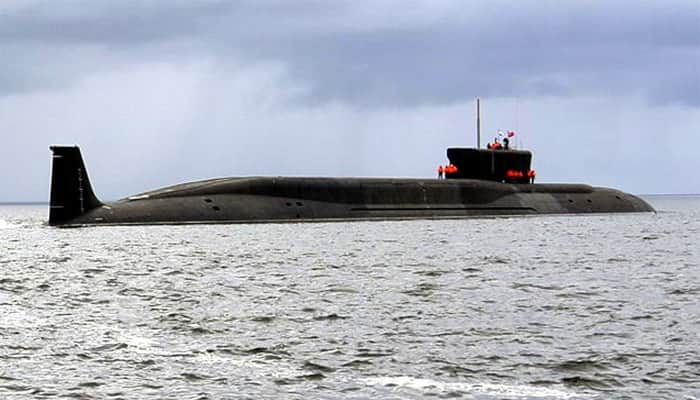 NEW DELHI: In a major boost for Indian Navy, the government on Thursday inked a deal worth USD 3 billion with Russia for the leasing of a nuclear-powered Akula class attack submarine for 10 years.

Military sources said that an inter-governmental agreement was signed by New Delhi and Russia after months of negotiations on price and various other aspects of the crucial deal.

The first Russian nuclear-powered submarine -- named INS Chakra -- was taken on lease by Indian Navy in 1988 under a three-year lease. Russia had leased a second INS Chakra to India in 2012 for a period of 10 years. Sources told PTI that since Chakra II's lease will expire in 2022, the government has already started negotiations to extend its lease.

The addition one more nuclear-powered submarine is is seen as yet another move by the government to bolster the naval prowess of the country as a counter to attempts being made by China to expand its influence in the Indian Ocean region.

It is to be noted that Navy is set to induct its second French Scorpene submarine -- Khanderi -- in April. INS Kalvari is the first submarine in this class and it is already under operation. Defence sources said that four more boats will be inducted in Indian Navy in the coming years.

Weighing around 8,140-ton, the Chakra III will have a submerged speed of 30 knots and an operating depth of 530 meters. The submarine will be capable of carrying a crew of 73. The Chakra III comes loaded with four 650-millimeter and four 533-millimeter launch tubes for firing Type 65 and Type 53 torpedoes. Both these torpedoes are made in Russia. A 190 mW nuclear reactor will be used for propelling this submarine.