President Ram Nath Kovind also reminded the Indian citizens of their duty to cast their votes in the Lok Sabha election. 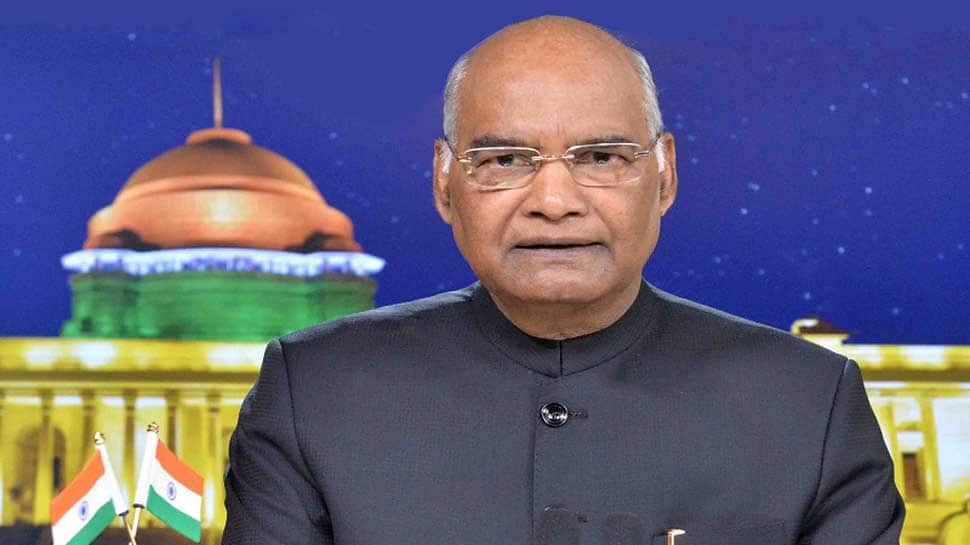 President Ram Nath Kovind on Friday addressed the nation on the eve of the 70th Republic Day. The President congratulated the citizens of India on the occasion of Republic Day, and also reminded them of their duty to cast their votes in the Lok Sabha election.

In his address to the nation, the President emphasised on the need to ensure that developmental programmes being run in the country reached every citizen, irrespective of religion, colour, caste and creed.

asserted on the need to ensure that the fruits of development reached everyone irrespective of religion, colour, caste or creed. He also highlighted the various steps of social welfare taken by the government, and said that decisions we take today will give shape to a new India tomorrow.

“The values that shaped Indian independence and that continue to shape our Republic – the values inculcated in our democracy and our Constitution – are also the values that uphold the supremacy of the people of India. This year, the people of India – each one of us – have another responsibility: of voting in the general election and electing the 17th Lok Sabha. The ideas and idealism of our democracy will come into full force. Once more, as we do every five years, voters will deliver their verdict and write their destiny. This year’s election will be the first when voters born in the 21st century will contribute to electing a new Lok Sabha,” said President Kovind.

President Kovind further said that the decisions we take today will form the foundation of India in the 21st century and will also give shape to a new India in the future.

He also used the opportunity to highlight the various landmarks steps being taken by the government to take the country to new heights. “We have a comprehensive healthcare programme in place to provide affordable healthcare to even the poorest…Affordable medicines and medical devices and implants like stents are becoming a reality for more and more sections of our people.”

Asserting on the need of inclusiveness, the President further said, “No conception of India’s development can be complete without a salute to our spirit of inclusiveness – of access and opportunity for all; of an expansion and an embrace of those whom we consider our own. This country belongs to each of us and to all of us – every group and every community, every region and every identity. It belongs to every citizen and every individual. India’s pluralism is its greatest strength and its greatest example to the world. The "Indian model” rests on a tripod of diversity, democracy and development. We cannot choose one above the other; we must have all three and we will have all three.”

The President also referred to women empowerment and the change towards gender equity.

“The best indicator of social change in India is change towards gender equity and towards providing equal opportunities, under conditions of equality, to every girl child and every woman. In my experience, when given the chance, our daughters tend to not just equal but outperform our sons in the classroom. Young women in our country are moving ahead in every field – from academics to the creative arts, from sports to the armed forces. There is no stopping and no hesitation in this process. It is the route to India’s future,” he said.