The deal for the missiles is worth around Rs 200 crore and would give an added capability to the Mi-35 attack choppers to take out enemy tanks and other armoured elements. 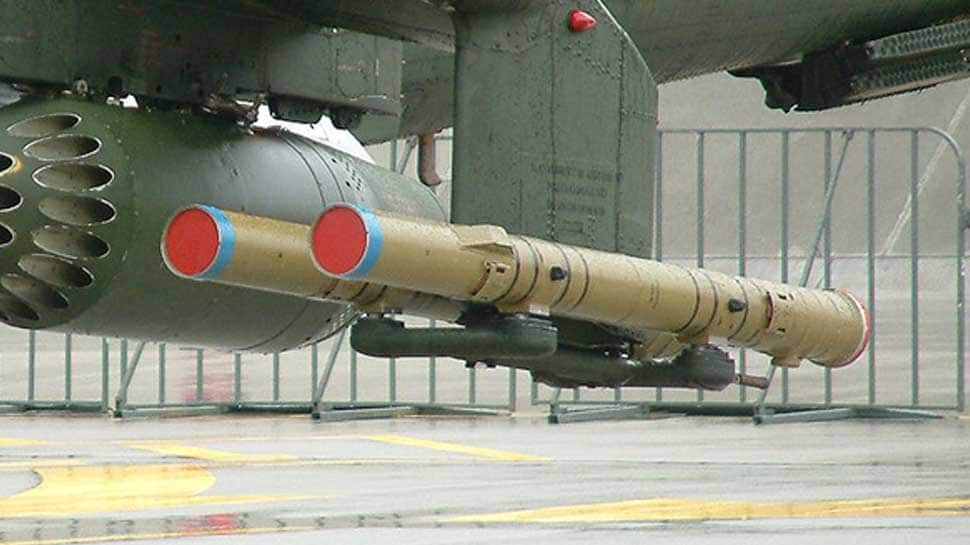 New Delhi: Seeking to keep itself battle-ready in situations like the one post-Balakot aerial strikes, India has signed a deal to acquire 'Strum Ataka' anti-tank missile from Russia for its fleet of Mi-35 attack choppers.

"The deal for acquiring Strum Ataka anti-tank missiles was signed with Russia under the emergency clauses through which the missiles would be supplied within three months of contract signing," government sources said on Sunday.

The deal for the missiles is worth around Rs 200 crore and would give an added capability to the Mi-35 attack choppers to take out enemy tanks and other armoured elements.

The Mi-35s are the existing attack choppers of the Indian Air Force and are set to be replaced with the Apache gunships being acquired from the US and slated to be delivered from next month onwards.

India has been trying to acquire the Russian missiles for a long time but the deal has been signed under the emergency provisions after more than a decade.

Last week, Defence Minister Rajnath Singh had given a presentation about the procurements made by the three services under the emergency provisions.

The Indian Air Force has emerged as the frontrunner in terms of weapon acquisition under the emergency procurement, followed by the Army.

The IAF has acquired the Spice-2000 stand-off weapon system along with a number of spare and air to air missile deals with multiple counties under the emergency provisions to equip itself for sudden war.

The Army is in the process of acquiring the Spike anti-tank guided missile from France and Igla-S air defence missiles from Russia under the emergency provisions.

Under the powers given to the three services, they can buy the equipment of their choice within three months at a cost of up to Rs 300 crore per case, government sources said.

The emergency powers were given to the forces within few weeks after the February 14 Pulwama attack in which 40 CRPF personnel were killed, and India started increasing vigil at the borders with Pakistan, sources added.