India condemns Pakistan's Ram temple remarks, warns it to desist from interfering in its internal matters

India on Thursday (August 6, 2020) slammed Pakistan its critical remarks on Ram Temple construction in Ayodhya and reminded how Islamabad treats its own minorities and engages in cross-border terrorism. 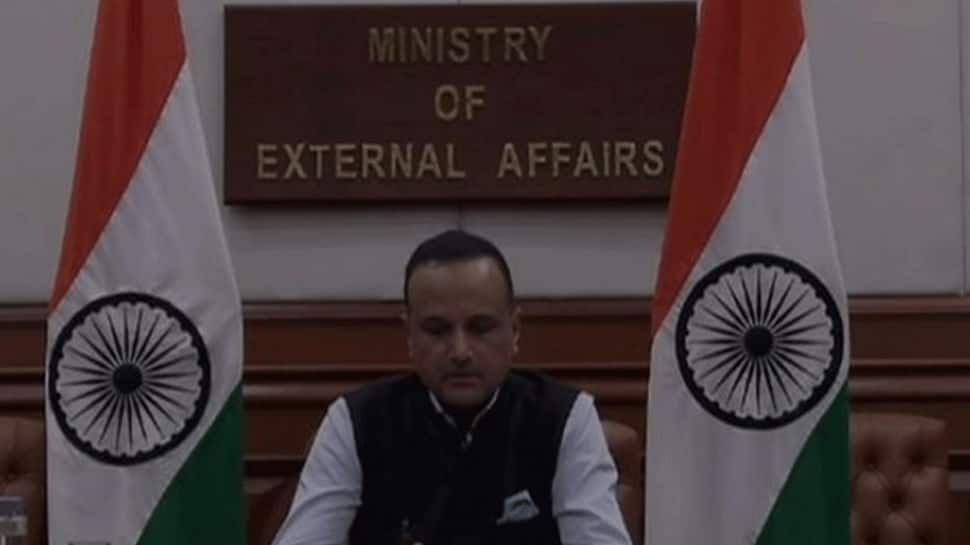 DELHI: India on Thursday (August 6, 2020) strongly rejected Pakistan's criticism of the commencement of construction of the Ram temple in Ayodhya, and asked the neighbouring country to refrain from "communal incitement." New Delhi also reminded Pakistan how it treats its own minorities and engages in cross-border terrorism.

“We have seen the press statement by the Islamic Republic of Pakistan on a matter internal to India.  It should desist from interfering in India’s internal affairs and refrain from communal incitement,’’ Ministry of External Affairs (MEA) spokesperson Anurag Srivastava said.

The MEA official added, “While this is not a surprising stance from a nation that practices cross-border terrorism and denies its own minorities their religious rights, such comments are nevertheless deeply regrettable.’’

Anurag Srivastava said this while responding to media queries on the press statements issued by Pakistan on the construction of the ‘Ram Temple’ in the holy city of Ayodhya.

It may be recalled that Pakistan's Ministry of Foreign Affairs (MoFA) has recently said that the commencement of the construction of Ram Mandir at Ayodhya was ‘condemnable’. It also called the Supreme Court verdict in the matter 'controversial’.

The MoFA spokesperson took to Twitter and said, ''While the world is grappling with unprecedented COVID-19, the RSS-BJP combine is busy unabashedly advancing the “Hindutva” agenda. The commencement of construction of a mandir at the site of Babri Masjid is another step in this direction and the Govt and people of Pakistan condemn it in the strongest terms.''

Prime Minister Narendra Modi on Wednesday laid the foundation stone of Ram Temple in Ayodhya, which marks the formal beginning of the construction of the temple in the holy city. With this, the PM also laid the foundation of a ''New India' and called it a new beginning for the country and its people.

While addressing an august gathering of 175 distinguished guests in Ayodhya, PM Modi said, “A grand temple will now be built for our Ram Lalla who had been staying in a tent. Today, Ram Janmbhoomi breaks free of the cycle of breaking and getting built again - that had been going on for centuries.’’

The ‘Bhoomi Pujan' of the Supreme Court-mandated Ram temple in Ayodhya brought to fruition the BJP's ‘mandir' movement that defined its politics for three decades and took it to the heights of power.