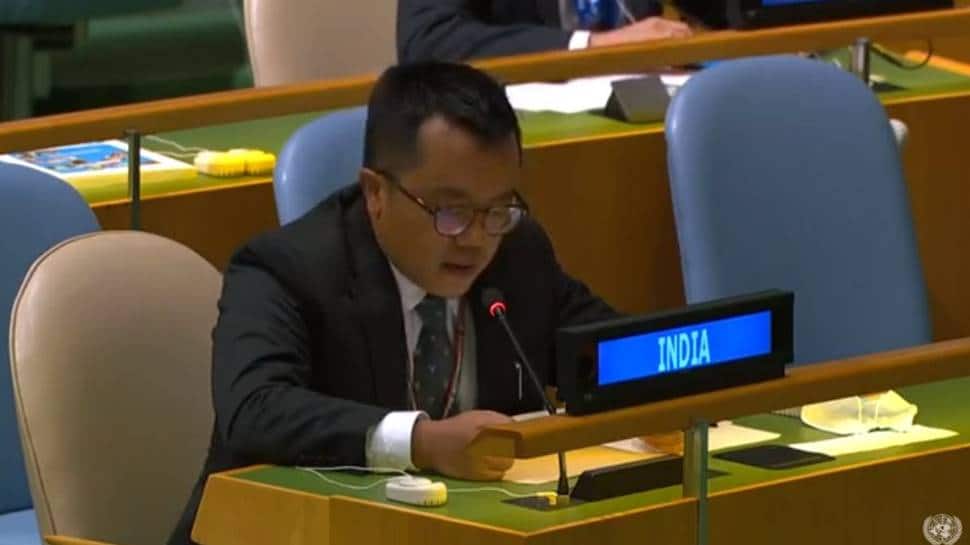 He recalled how Imran Khan had referred to terrorist Osama Bin Laden as a “Martyr” in Pakistani Parliament in July and last year admitted that his country has about 30,000-40,000 terrorists and have fought in Afghanistan and in the Indian Union Territory of Jammu and Kashmir.

On religious persecution, the Indian Diplomat said, "This is the country that has systematically cleansed its minorities including Hindus, Christians, Sikhs and others, through the abuse of its blasphemy laws and through forced religious conversions."

"The only crowning glory that this country has to show to the world for the last 70 years is terrorism, ethnic cleansing, majoritarian fundamentalism, and clandestine nuclear trade," he said.

Reminding Pakistan that Jammu and Kashmir is an "integral and inalienable part of India", he said, "What should rather be on the agenda of the UN is Pakistan’s deep state and its unrelenting political and financial support to terrorist organizations and mercenaries which are a threat to global peace and security."

Earlier, Indian envoy to UN, TS Tirumurti strongly reacted to Khan's speech tweeting that it is "a new diplomatic low".