The Prime Minister is on a day-long visit to his parliamentary constituency to launch BJP`s membership drive. 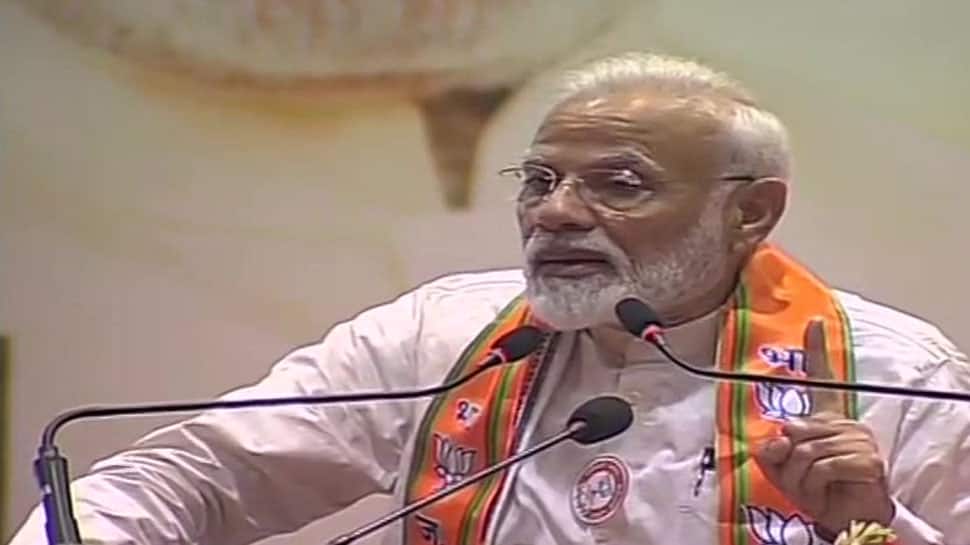 “Yesterday on TV and today in newspapers, you must have heard and read about the goal of $ 5-trillion economy. It is very important for you all to understand what $ 5-trillion economy means and how it is connected to every Indian citizen,” said the Prime Minister while speaking at the BJP membership drive at the city of temples.

PM Modi went on to deconstruct the goal in various sectors. “We are focusing on building a clean, healthy and beautiful India which will help our $5 trillion economy journey easier. The Ayushman Bharat Scheme have proved to be very helpful. Nearly 50 crore people have benefitted from it,  getting free treatment up to Rs 5 lakh every year. Nearly 32 lakh poor patients have benefited so far," he said.

“If you saw the budget yesterday, you may have noticed, money allocations weren't spoken out loud. They were there, but what the speech spoke about was getting to $5 trillion. In the next five years, our farmers will have a huge role,” he added.

Amid the deepening water crisis in the country, the Prime Minister said, “More than the availability of water, the wastage and careless use of water are bigger problems. So be it use in homes or for irrigation, we have to stop the wastage of water.”

“There is a saying in English 'size of the cake matters', meaning, the bigger the cake, bigger the slice people will get. That is why we have goal of a $5 trillion dollar economy,” he said further exhorting BJP members to explain to the people the importance of this goal.

“The country was also run earlier, and also progressed. But now, #NewIndia is excited to 'run'. This dream is linked to us becoming a $5 trillion economy,” said PM Modi.