Pakistan has taken away the management of Gurdwara Darbar Sahib at Kartarpur from the Pakistan Sikh Gurdwara Parbandhak Committee (PSGPC). 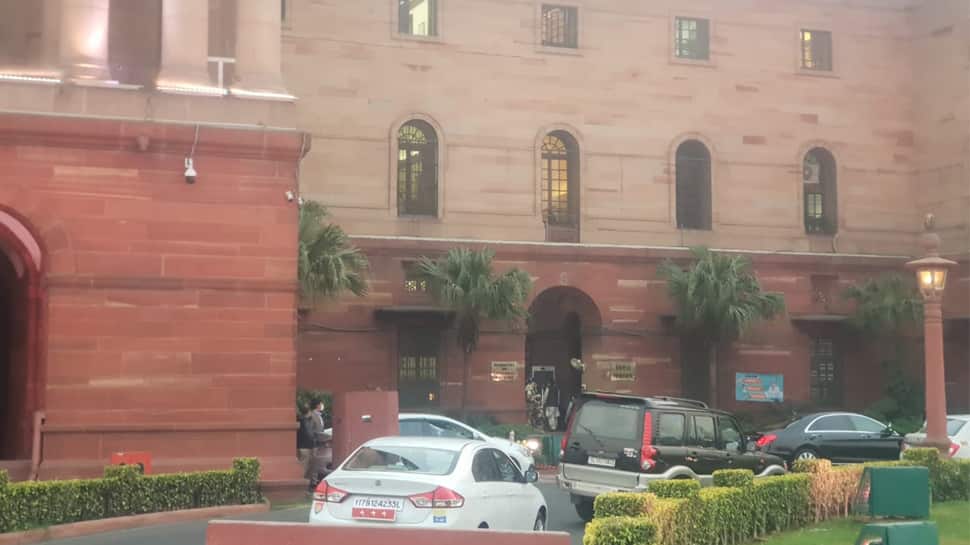 India on Friday summoned the Pakistan diplomat after Islamabad snatched away the management of Gurdwara Darbar Sahib at Kartarpur from the Pakistan Sikh Gurdwara Parbandhak Committee (PSGPC). The talks with the diplomat lasted for over 20 minutes.

The Imran Khan-led Pakistan government officially took away the full control of the Gurdwara at Kartarpur in Punjab's Narowal District from the PSGPC and gave it to Evacuee Trust Property Board (ETPB), a Muslim body. The ETPB manages religious properties and shrines of Hindus and Sikhs in Pakistan.

On Thursday, slamming Pakistan's move, the Shiromani Gurdwara Parbandhak Committee (SGPC) wrote a letter to Pakistan High Commissioner. Fuming over the development, Sikh’s single largest representative body has asked Pakistan to give back the administrative control of the Gurdwara to PSGPC.

This is what Pakistan did? As reported by Zee News on November 4, the Pakistan Ministry of Religious Affairs (MoRA) on November 3 released the official order taking away the management rights from the PSGPC. The move came days ahead of the first anniversary of the inauguration of the historic Kartarpur Corridor on November 9.

Sikh community in India: The handing over of the management of Kartarpur Sahib to the newly constituted Project Management Unit (PMU) has irked the Sikh leadership in India as they said that it is "belittling the significance of Sikh’s own Pakistan Sikh Gurdwara Parbandhak Committee (PSGPC)".

Reacting to the development across the border, SGPC president Gobind Singh Longowal said that earlier Gurdwara Darbar Sahib was under the administrative control of PSGPC and functioning was according to the Sikh code of conduct and Sikh rituals. “Now Gurdwara Darbar Sahib, Kartarpur became directly under the administrative control of ETPB which may affect the daily rituals performed according to Sikh code of conduct,” he said.

Sukhbir Singh Badal: Former deputy chief minister of Punjab Sukhbir Singh Badal has asked Prime Minister Narendra Modi’s intervention in restoring the management of Gurdwara Darbar Sahib back to PSGPC. Sukhbir tweeted, "I request PM Narendra Modi to ask Gov to Pakistan to revert the management of Sri Kartapur Sahib to PSGPC and take back its order to hand it over to a non-Sikh project management unit. Pak should be told to desist discriminating against Sikhs and violating 'maryada' associated with managing shrines."

Harsimrat Kaur Badal: Former union minister Harsimrat Kaur Badal has also asked PM Modi to take up the issue with Pakistan PM Imran Khan. She tweeted, “Unacceptable, outrageous, Sikhs are aghast that Govt of Pakistan has handed over control of Gurdwara Sri KartarpuSahib to Islamic body ETPB. We urge PM Narendra Modi to take up matter with Imran Khan to ensure Sikh body's right to manage the shrine be restored at the earliest."

Paramjit Singh Sarna: SAD (D) president and former president of DSGMC Paramjit Singh Sarna said he had held talks with ETPB officials who informed that PMU Kartapur Sahib was set up only for the development of Gurdwara Darbar Sahib, Kartapur Sahib. However, he said that it would have been better if the Pakistan government had also given representation to Sikhs in the new body.

Sarna also wrote a missive to ETPB chairman to express his displeasure. He said he urged the Chairman ETPB to have a sizeable Sikh representation in the PMU. Reacting to the condemnations, ETPB spokesperson Amir Hashmi maintained that “PMU has been established to look after the day to day running of affairs ie management, accounts etc and coordinate the efforts of all stakeholders”.

“Such actions only expose the reality of the Pakistani government and its leadership’s tall claims of preserving and protecting the rights and welfare of the religious minority communities. Pakistan is called upon to reverse its arbitrary decision to deprive the Sikh minority community it’s right to manage affairs of the Kartarpur Sahib,” said the release.

What happened so far? Notably, ETPB has already removed four members namely Gopal Singh Chawla and Mahinderpal Singh (both Sikhs), Shanela Ruth (Christian) and Ravi Kumar (Hindu) members from minority community from ETPB’s board. While rejecting the claims of ETPB with regards to setting up of PMU Kartarpur Sahib, sources informed that villages around Kartarpur Sahib had significant strategical value for Pakistan Army and ISI.

Pakistan-based Islamist terrorist organizations like Lashkar-e-Taiba (LeT) is quite active in areas close to the Indo-Pak International border and uses many of its villages like Masroor Bara Bai as the launchpad of terrorists to infiltrate into India said sources. The terrorists who had infiltrated into India to carry out Dinangar police station attack in 2015 had reportedly stayed for about a couple of days at Masroor Bara Bai village before entering into India.

Hardeep Singh Puri: Union Minister Hardeep Singh Puri also said, "If they've done it, then, it should be condemned in strongest possible terms. As representatives of Gurdwara Prabandhan Committee there removed & members of ISI put."

Kartarpur corridor: The 4-km long corridor links Dera Baba Nanak shrine in Gurdaspur in India to Gurdwara Kartarpur Sahib in Pakistan - the final resting place of Sikh faith's founder Guru Nanak Dev. On November 9, 2019, the Pakistan PM had formally inaugurated the Kartarpur Corridor as part of the commemoration of the 550th birth anniversary of Guru Nanak at a colourful ceremony.

Pakistan's official order: An official order on November 3 read, "Consequent upon the approval of Project Management Unit (PMU) Kartarpur Corridor by ECC of the Cabinet, and ratified by the Cabinet (conveyed by MoRA...dated 23.10.2020), the competent authority has been pleased to establish Project Management Unit (PMU), a self-financing body, for Management and Maintenance of Gurdwara Dardar Sahib Kartarpur (GADSK) under the administrative control of ETPB."

It added, "All officers/ official...are relieved from their duties with immediate effect with directions to join their new place of posting forthwith."

Kartarpur Corridor first anniversary: "We have decided in principle to celebrate the first anniversary of the inauguration of the Kartarpur Corridor and for the purpose, we will invite some two to three ministers and other government functionaries," Singh told PTI. When asked as to why the ETPB was not hosting this function along with the PSGPC, Singh had said, "Since the construction of Kartarpur Corridor is a historic event, the Sikh body in Pakistan has decided in principle to celebrate its first inauguration anniversary. And so far the ETPB is concerned, we are inviting it and other government functionaries and ministers for the event."

The corridor, which allows Indian pilgrims to undertake visa-free travel to the Kartarpur Sahib Gurdwara - was closed on March 16 due to the COVID-19 pandemic. India has said a decision to re-open the Kartarpur corridor would be taken in accordance with the protocols relating to COVID-19 and easing of restrictions.

Singh further said that Sikhs from all parts of Pakistan would visit the corridor on November 9. "Some 500 to 1,000 locals visit Gurdwara Darbar Sahib daily," he had said. Meanwhile, an official of the ETPB had told PTI that no function in connection with the first anniversary of the inauguration of the corridor has been planned at the government level. "The PSGPC is organizing a programme on its own," he had said.

Earlier in October, the Foreign Office had said that Pakistan will celebrate the 551st birth anniversary of Guru Nanak Dev from November 28 to 30.

Ahead of Diwali, these states decide to ban firecrackers during the festival