India tells China to not allow differences to become disputes

External Affairs Minister S Jaishankar, who is on a three-day visit here, conveyed to his Chinese counterpart that both countries should make a conscious effort to ease any tensions. 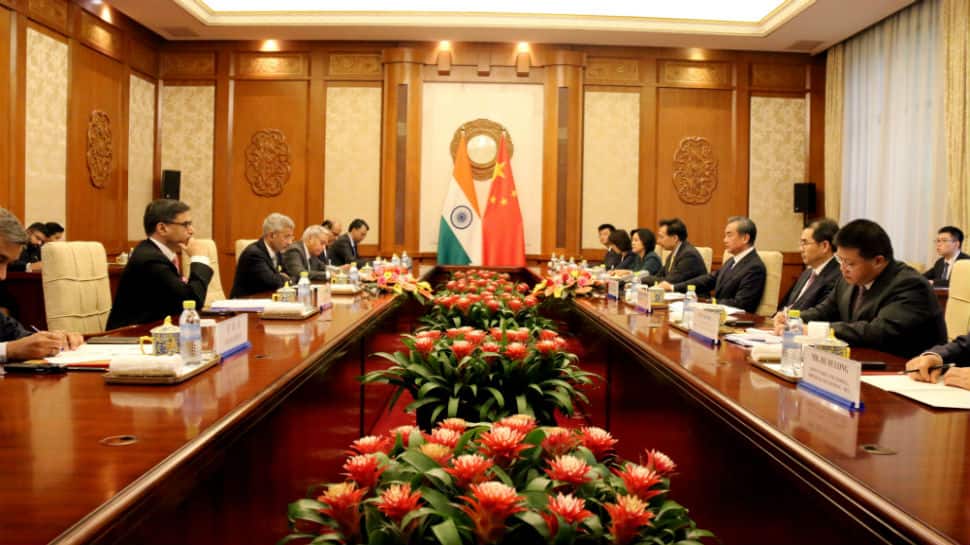 Beijing: India and China should not allow differences to cloud their bilateral relationship, External Affairs Minister S Jaishankar conveyed to his Chinese counterpart Wang Yi, as the two met here on Monday amid Beijing's disapproval of India`s moves on Kashmir.

Jaishankar, who is on a three-day visit here, conveyed to Wang that both sides should make a conscious effort to ease any tensions to ensure that "differences between us, if any, should not become disputes".

He said that India-China ties have a unique place in global politics and the relationship should be a factor of global stability.

The Jaishankar`s meeting with his Chinese counterpart comes days after New Delhi firmly told Beijing that the revocation of special status for Kashmir and the creation of Ladakh Union Territory were an internal matter.

In his remarks, Wang said China is closely following the escalation of tensions between India and Pakistan and urged New Delhi to maintain peace and stability.

Ahead of his meeting with Wang, Jaishankar on Monday met Vice President of China, Wang Qishan, in Beijing.

The state-run Global Times on Monday said that China and India will have "sufficient communications" over the Kashmir issue during Jaishankar`s visit, "and India is expected to explain its concerns and plans to the Chinese side in a frank manner to earn understanding from the Chinese side", it said quoting a researcher.

"China will also reiterate its stance, as well as its discontent and objection to India`s move that bypassed the mechanism for territorial disputes and resorted to unilateral approaches," the paper said, quoting Qian Feng, a research fellow at the national strategy institute of Tsinghua University.

According to him, "China is expected to play the role of a mediator between its two important neighbors in South Asia and to help prevent the situation from "going out of control".

He said Pakistani Foreign Minister Shah Mahmood Qureshi paid a "special emergency visit" to China on Friday evening and briefed Wang in detail about Pakistan`s view, position and countermeasures on the Kashmir issue.

Jaishankar is on a three-day visit to China to co-chair the second meeting of the India-China `High-Level Mechanism` on cultural and people-to-people exchanges and also to prepare for the second informal summit between Prime Minister Narendra Modi and Chinese President Xi Jinping, to be held in India in October.

Qureshi told reporters in Islamabad that China has assured its support to Pakistan in the UN Security Council over the Kashmir issue.

After China termed creation of a new Union Territory of Ladakh as "unacceptable", India had firmly told Beijing that the decision to bifurcate J&K is wholly an internal matter, and also that New Delhi does not comment on the internal matters of others, and expects others to do likewise.

On August 6, Ministry of External Affairs Spokesperson Raveesh Kumar had said: "The Jammu and Kashmir Reorganization Bill 2019, introduced by the Government in Parliament on 5 August, which proposes the formation of a new `Union Territory of Ladakh` is an internal matter concerning the territory of India.

Strongly backing its all-weather friend Pakistan, China has voiced "serious concern" over the Kashmir situation and stressed that Kashmir is "a legacy of history between India and Pakistan". Beijing also said that New Delhi should avoid actions to "unilaterally change the status quo" of Kashmir.