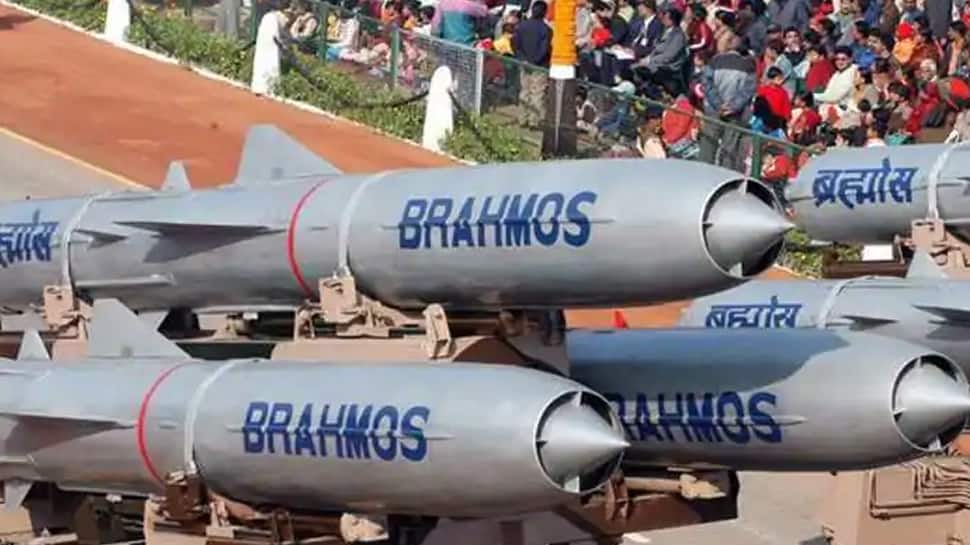 In a display of its growing combat prowess, the Indian Air Force successfully test-fired an air-launched version of the BrahMos supersonic cruise missile from a Sukhoi fighter aircraft in the Bay of Bengal, according to sources on Friday. The missile hit a sinking ship with deadly accuracy and the test-firing produced desired results, they added.

The aircraft, belonging to Thanjavur-based Tigersharks squadron, took off from a frontline airbase in Punjab and it was refuelled mid-air before the missile was released, reported news agency PTI. The test-firing of the missile came in the midst of India's bitter border standoff with China in eastern Ladakh.

The missile was fired after the Su-30 MKI aircraft travelled for over three hours covering a "significantly long-distance", the officials said. In May 2019, the Indian Air Force for the first time had successfully test-fired the aerial version of the BrahMos missile from a Su-30 MKI fighter aircraft.

"Aircraft target the ship in the Indian ocean. More than 4,000 km away from mother base of aircraft, mid-air facility was used during the session. This is the second such successful test of the missile," said sources.

"Brahmos Missile is used during the live target mission. This is a first time such a long live session was conducted," sources added.

The BrahMos missile provides the IAF with a much-desired capability to strike from large stand-off ranges on any target at sea or on land with pinpoint accuracy by day or night and in all weather conditions. The IAF is also integrating the BrahMos supersonic cruise missile on over 40 Sukhoi fighter jets which is aimed at bolstering overall combat capability of the force.

In the last two months, India has test-fired a number of missiles including a new version of the surface-to-surface supersonic cruise missile BrahMos and an anti-radiation missile named Rudram-1. The Rudram-1 is planned to be inducted into service by 2022.

On October 18, a naval version of the BrahMos supersonic cruise missile was successfully test-fired from an indigenously-built stealth destroyer of the Indian Navy in the Arabian sea. The missile was fired from INS Chennai, a stealth destroyer, and it hit the target with pinpoint accuracy after performing "extremely complex" manoeuvres.

BrahMos Aerospace, an India-Russian joint venture, produces the supersonic cruise missile that can be launched from submarines, ships, aircraft, or from land platforms. India also carried out successful test-firing of a laser-guided anti-tank guided missile and nuclear-capable hypersonic missile 'Shaurya'.

The successful test firing of Rudram-1 was seen as a major milestone as it is India's first indigenously developed anti-radiation weapon. On September 30, India successfully test-fired a new version of the surface-to-surface version of the BrahMos. The range of the new land-attack version of the missile has been extended to 400 km from the original 290 km.

India has already deployed a sizable number of the original BrahMos missiles and other key assets in several strategic locations along the de-facto border with China in Ladakh and Arunachal Pradesh.