Hitting back at Pakistan, Jaitley described Pakistan as a "rogue state". 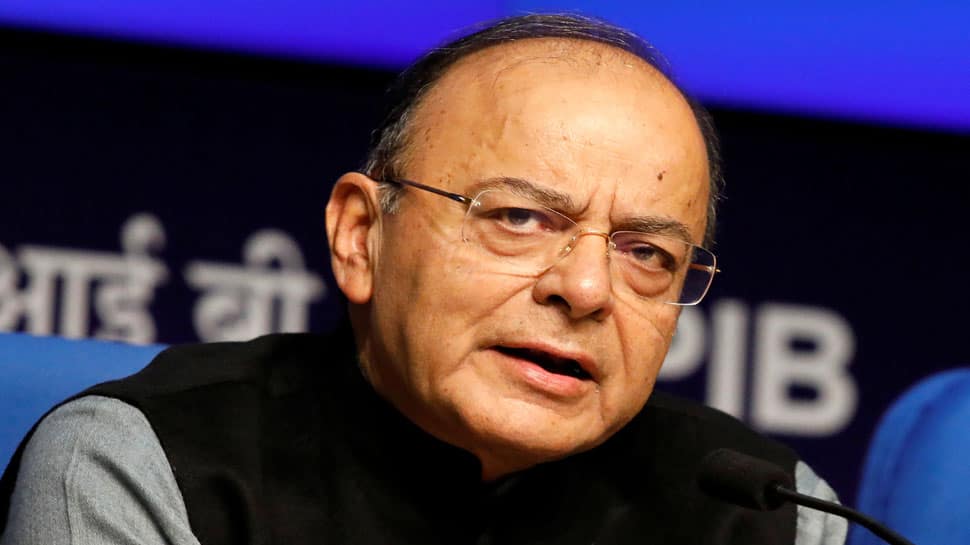 New Delhi: India will exercise all options, diplomatic or otherwise, to win a decisive battle against Pakistan which is responsible for Pulwama terror attack, Finance Minister Arun Jaitley said late on  Friday.

Describing Pakistan as a "rogue state", FM Jaitley said it is not acting against perpetrators of the attack, though the guilty have themselves admitted to the attack and were taking credit for it.

Referring to Pakistan Prime Minister Imran Khan's speech, Jaitley said, "the head of the government says, give me actionable intelligence. You need an actionable intelligence if it is a blind offence, but here is a man sitting in your own country who owned up to the offence. So when there is a confession...You have people sitting in your own country and admitting to the offence and saying that yes we have done it and taking credit for it".

Pakistan leadership, he said, is "riding a tiger on this issue and tiger never spares its own rider".

As many as 40 CRPF personnel died in a terrorist attack on February 14 at Pulwama in Jammu and Kashmir.

India today is extremely angry, he said, adding "in my lifetime, we have seen wars, we have seen human tragedies, we have seen prime ministers assassinated by terrorists. But the kind of anger which has been there, even on previous occasions, the one this time is unprecedented".

Prime Minister Narendra Modi has already stated that India will exercise all its instruments at its commands, whether it is diplomatic or otherwise.

"Therefore, we have to act in a manner that this battle has to be decisively won by us because Pakistan is not willing to give up its traditional role in our neighbourhood as a rogue state," the finance minister added.

"This is not a one week battle. It should be undertaken in various forms," he said while speaking at the Global Business Summit here.

Talking about India playing cricket match with Pakistan, he said at this juncture the atmosphere is hostile and hence the country can not seen to be playing friendly or even competitive matches with them.

"The feeling of the people (on this issue) is understandable," Jaitley added.

The Committee of Administrators (CoA) running Indian cricket Friday decided against taking any stand on the World Cup clash against Pakistan, which is scheduled for June 16 in Old Trafford in England, but said it would individually urge ICC members to "sever ties with any nation that is a terrorist hub".

There is also a view that India stand to lose by boycotting Pakistan in the upcoming cricket World Cup as it will lose points, harming its prospect in the championship.