The S-400 Triumf missile system is the fourth generation of long-range Russian Surface-to-Air-Missiles (SAMs) and capable of tracking targets 600 kilometres aways and targeting them at a range of 400 kms. The S-400 can engage targets independently as well as after receiving data from other radars. 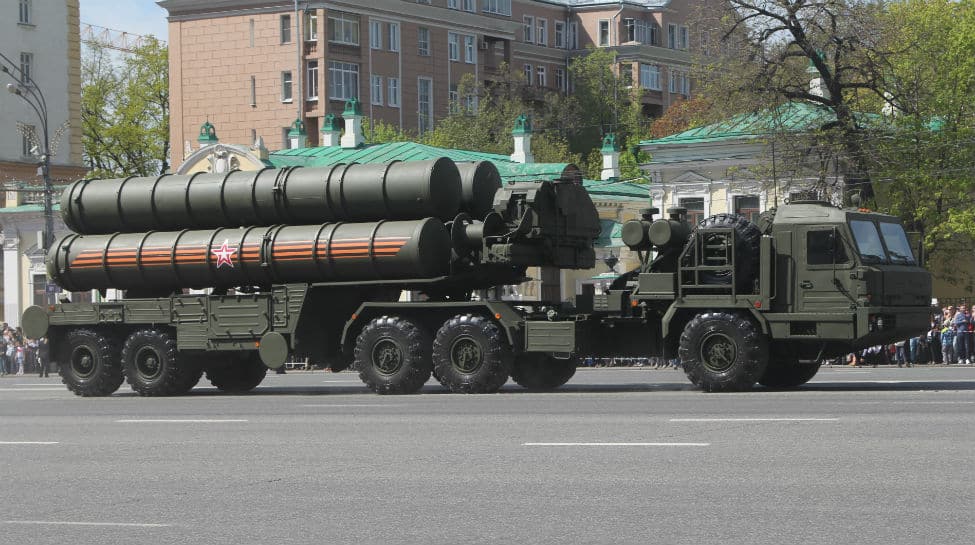 India will receive the S-400 Triumf air defence missile systems from Russia by 2023. The decision on procuring any weapons system is taken based on threat perception, operational and technological aspects to keep the Armed Forces in a state of readiness to meet the entire spectrum of security challenges, according to Minister of State, Defence, Shripad Naik.

"A contract has been signed on 05 October, 2018 for delivery of S-400 system from Russia. The deliveries are likely to be made by April 2023," said Naik on Wednesday in response to an unstarred question Lok Sabha MPs Syed Imtiaz Jaleel, Margani Bharat and Asaduddin Owaisi. The S-400 missile delivery schedule and the United States of America's Countering America’s Adversaries Through Sanctions Act (CAATSA) have been a cause of concern ever since India and Russia signed the deal.

On July 10, 2019, Minister of State, External Affairs V Muraleedharan had replied to Deepak Baij in the Lok Sabha that "CAATSA requires the imposition of certain sanctions on persons/entities that have knowingly engaged in a "significant transaction" with the
defence or intelligence sectors of Russia". "The US Department of State will determine whether a transaction is “significant” for purposes of section 231 of CAATSA on a case-by-case basis. The US National Defence Authorization Act of FY 2019 contains a provision for Presidential waiver for CAATSA sanctions subject to reporting and certification requirements by the Administration," Muraleedharan had replied.

"Government keeps a constant watch on all developments having a bearing on India’s security and takes all necessary measures to safeguard it. Our requirement for the S-400 system has been clearly conveyed to the US side, including during the visit of US Secretary of State to India on 26 June 2019," he had added.

The S-400 Triumf missile is being marketed aggressively by Russia as the most advanced air defence system currently in operation. Apart from India, Turkey and China are two major buyers of the S-400.

The US has already removed Turkey, a key NATO ally, from the F-35 Lightning II stealth aircraft development programme and also stopped the fighter's sale to it after the S-400 deal with Russia. The US wanted Turkey to ditch the S-400 in favour of its Patriot missile system.

The S-400 Triumf missile system is the fourth generation of long-range Russian Surface-to-Air-Missiles (SAMs) and capable of tracking targets 600 kilometres aways and targeting them at a range of 400 kms. The S-400 can engage targets independently as well as after receiving data from other radars. It can detect, track and shoot down multiple targets including cruise missiles, ballistic missiles, aircraft, drones and unmanned aerial vehicles (UAVs).

Capable of detecting and tracking 300 targets and engaging 36 aircraft/UAVs/drones and 72 missiles simultaneously, the S-400 can hit aircraft/UAVs/drones at a range of 2-400 km. The system can shoot an incoming missile at a range of 5-60 km and at an altitude of 2-27 km. The missiles deployed with the S-400 Triumf are capable of travelling at a rate of 4.8 kilometres per second (17,000 km/h; Mach 14).

The system can fire the following missiles - 48N6DM/48N6E3 (range 250km), 40N6 (range 400km, maximum altitude 185 km), 9M96E (range 40 km, maximum altitude 20 km) and 9M96E2 (range 120km, maximum altitude 30 km). At present, the S-400 Triumf system employs missiles which use a 143-kilogramme high-explosive fragmentation to kill the incoming aerial threat. But another missile 77N6 is under development which will have the hit-to-kill capability like the US Patriot air defence system. While the current system can destroy missiles as well as aircraft and drones, the 77N6 will be specifically deployed to target the ballistic missile threat.