The defence officials from the two countries held their latest round of Defence Technology and Trade Initiative (DTTI) talks in Washington. 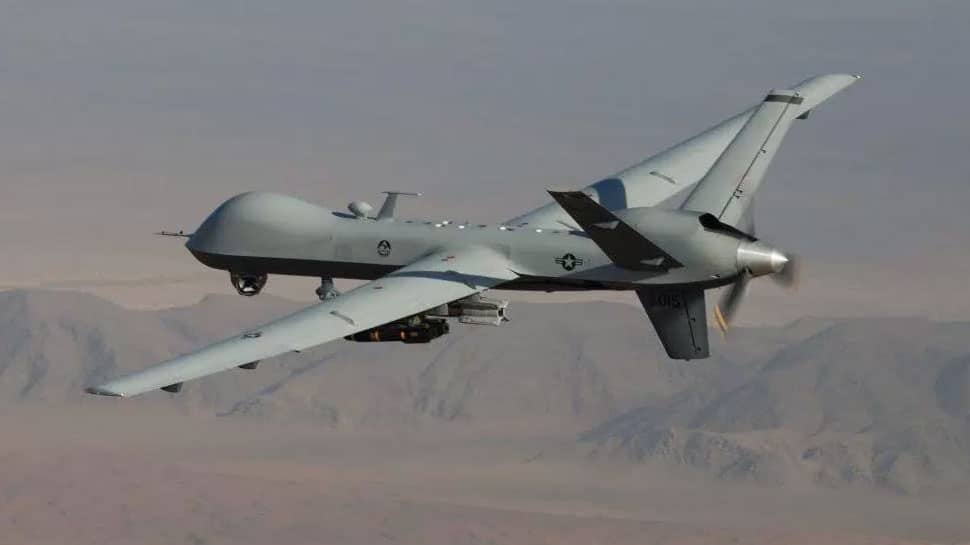 Washington: India and the US have identified small air launch unmanned aerial vehicles and a lightweight small arms technology project along with aircraft maintenance for defence collaboration, a top Pentagon official has said.

The US statement came as defence officials from the two countries held their latest round of Defence Technology and Trade Initiative (DTTI) talks here.

The India-US DTTI meeting focused on encouraging the US and Indian industry to work together and develop next-generation technologies.

"One project we're looking at is small air launch UAVs," US Under Secretary of Defence for Acquisition and Sustainment Ellen Lord told a media round-table at the Pentagon on Friday.

Lord, who co-chaired the meeting along with Secretary of Defence Production Ajay Kumar, said the teams are looking at very specific deliverables on the specific dates with key individuals having responsibility.

On the drones, the discussions are mainly between the US Air Force Research Laboratory and India's Defence Research and Development Organisation. In April, the two sides will write the technical planning document.

"We plan to sign that sometimes in September time frame," she said, adding that the potential exists to involve the Indian industry in its co-development.

The two sides also talked about virtual, augmented mixed reality for aircraft maintenance, which she stressed can deliver very significant potential to the two countries.

"What we want to do is take both the US and Indian technology and translate that into a war-fighting capability that both the US and the Indians can use. This is very much a collaboration in terms of our governments, our industries and our overall know-how. The beneficiaries will be both the US as well as the Indians," Lord said.

The next meeting will be held in India in September.

With some of these systems, whether it be launching UAVs or virtual, augmented mixed reality, they are trying to focus on bolstering capabilities of platforms the two countries can share, she said.

"There is lightweight, small arms technology project," Lord said. The key is the combined weapons and ammunition offer a 40 per cent weight reduction and improved accuracy.

"This is an area where there's co-development as well as co-production opportunity. What we're interested in technologies, where the US has brought them to a certain level and there's an appetite for more investment and for whatever reason we're not able to get to that in the US right now," the top Pentagon official said.

It all started in 2012 when then Defence Secretary Leon Panetta directed Deputy Secretary of Defence Ashton Carter to undertake an initiative to provide increased US senior level oversight and engagement to get beyond these obstacles.

The DTTI's aim is to transform the bilateral defence relationship into one that is limited only by independent strategic decisions, rather than bureaucratic obstacles or inefficient procedures; and strengthen India's defence industrial base by moving away from the traditional "buyer-seller" dynamic toward a more collaborative approach.

It also aims at exploring new areas of technological collaboration from science and technology cooperation through co-development and co-production and expand US-Indian business ties.

The DTTI meeting included updates on ongoing projects and collaborative opportunities in land, naval, air, and aircraft carrier technologies; a meeting with the US and Indian industry representatives; a visit to Norfolk Naval Station to tour the aircraft carrier USS Abraham Lincoln and destroyer USS Bainbridge; and a visit to a US defence company.

"The DTTI is really delivering some opportunities, for both of our industrial bases to both better interact, as well as to bring the best of technology and innovation," Lord added.