The two sides also signed an agreement for a line of credit of $200 million from India for financing housing and social infrastructure projects in Uzbekistan. 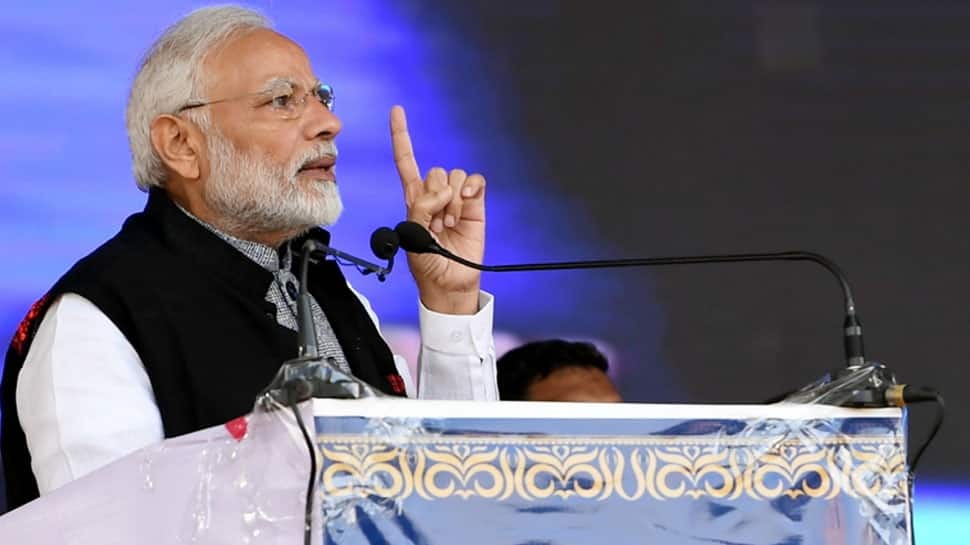 Ahmedabad: India and Uzbekistan signed an agreement on importing uranium from the Central Asian nation following a bilateral meeting between Prime Minister Narendra Modi and Uzbek President Shavkat Mirziyoyev on the sidelines of the Vibrant Gujarat Global Summit 2019 here on Friday. The two sides also signed an agreement for a line of credit of $200 million from India for financing housing and social infrastructure projects in Uzbekistan.

"Both leaders witnessed the exchange of the contract between the Department of Atomic Energy of India and the Novoi Minerals and Metallurgical Company of the Republic of Uzbekistan on long-term supply of uranium ore concentrate for India`s energy requirements," the External Affairs Ministry said in a statement.

It stated that Modi expressed his satisfaction on the progress and implementation of various decisions taken during the state visit of Mirziyoyev to India in 2018.

Referring to the memorandum of understanding (MoU) on cooperation between Gujarat and the Andijan region of Uzbekistan signed during the state visit, Modi expressed the hope that as a result of President Mirziyoyev`s visit, the relationship between Uzbekistan and India and region-to-region cooperation between Andijan and Gujarat would be further strengthened.

To attract investments in the pharmaceutical sector, an Uzbek-Indian Free Pharmaceutical Zone is being developed in the Andijan region, which is on the southeastern side of Uzbekistan, near its border with Kyrgyzstan.

Mirziyoyev informed Modi that Uzbekistan attaches high priority to attracting investments from India and mentioned the sectors of IT, education, pharmaceuticals, healthcare, agri-business and tourism as some of the priority areas for Uzbekistan`s prospective cooperation with India.

Modi also thanked President Mirziyoyev for his support for the first-ever India-Central Asia Dialogue held at the level of foreign ministers in Samarkand, Uzbekistan on January 12-13 where important discussions took place on supporting peace and development efforts in Afghanistan.

Prior to his talks with Mirziyoyev, Modi held a meeting with Prime Minister Malta Joseph Muscat who has also come to participate in the Vibrant Gujarat Summit.

We are at par with China, says ISRO Chairman K Sivan on space race