India vs Pakistan at UNGA: Both Narendra Modi and Imran Khan to address annual session on September 27

Though the timing of the addresses by the two leaders is yet to be finalised, Imran is expected to speak a couple of hours after Modi’s address. 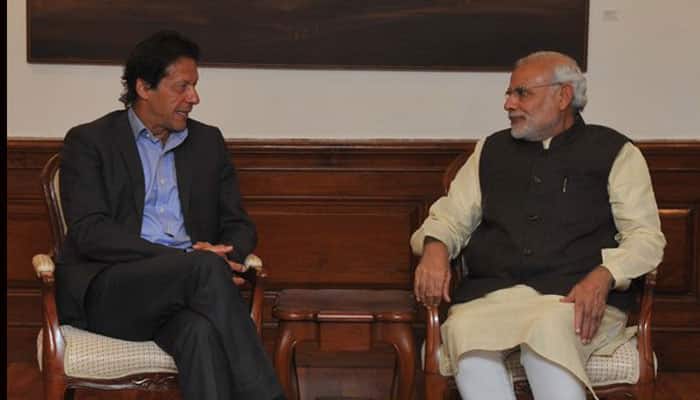 Prime Minister Narendra Modi as well as his Pakistani counterpart Imran Khan are slated to address the United Nations General Assembly (UNGA) on September 27. According to sources, Prime Minister Modi’s address will be followed by Imran Khan’s speech.

Though the timing of the addresses by the two leaders is yet to be finalised, Imran is expected to speak a couple of hours after Modi’s address.

This assumes significance in the wake of abrogation of Article 370, which granted special status to Jammu and Kashmir.

Since the move by Prime Minister Modi-led NDA government’s move to end the special status of Jammu and Kashmir, Pakistan has been running from pillar to post in a bid to thwart India’s move. The neighbour has, however, been snubbed by all major world powers, including Russia, US, UK, among others.

Pakistan even approached the United Nations over the issue, citing reports and remarks alleging violence and human rights violation in Jammu and Kashmir. But the country was snubbed by all, including Poland, which chairs the United Nations Security Council.

Both Russia and the US also maintained that abrogation of Article 370 in Jammu and Kashmir was an internal matter of India and done within the framework of the Indian Constitution.

A statement released by Moscow had said, "We proceed from fact that the changes associated with the change in the status of the state of Jammu and Kashmir and its division into two union territories are carried out within the framework of the Constitution of the Republic of India. We hope that the parties involved will not allow a new aggravation of the situation in the region as a result of the decisions."

UAE’s reaction to the development has also been in India’s favour. The Islamic country had referred to the development as an “internal matter” of India. Other key states in the Middle East – Saudi Arabia, Iran and Turkey – have, however, given muted response to the development. Instead of backing Pakistan over the issue, they kept their response focused on exercise of restraint by both New Delhi and Islamabad.