India will be poverty-free when it turns Congress-free, says Rajnath Singh

Claiming that the BJP-led NDA government has been able to take 7.5 crore people above the poverty line, Singh said those still living below it will be elevated in the coming five years. 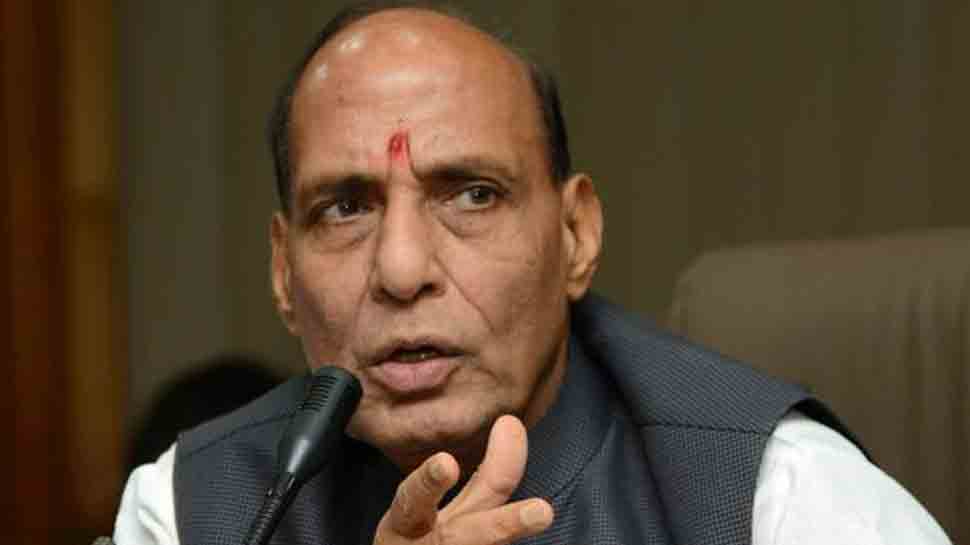 Bhubaneswar: As the Congress has failed to eradicate poverty during its five decades of rule, the country will actually become poverty-free when it will be Congress-free, Union Home Minister Rajnath Singh said.

Claiming that the BJP-led NDA government has been able to take 7.5 crore people above the poverty line, Singh said those still living below it will be elevated in the coming five years.

"The Congress has ruled the country for five decades, but India still fights poverty. The garibi hatao call only remained a slogan as Congress governments failed to take any concrete step to eradicate poverty," the BJP stalwart said.

"The fact is, the country can actually become poverty-free if it becomes Congress-free," he said.

Singh was addressing a series of election meetings in Odisha's Jajpur, Bhadrak and Jagatsinghpur Lok Sabha constituencies where polling will be held along with state assembly elections in the fourth phase on April 29.

The Union minister also accused the Naveen Patnaik-led BJD government of failing to develop the state during its 19 years of rule.

Singh alleged that the basic requirements of the people have not been fulfilled as the BJD government has no intention to develop the state.

"The BJD government denied justice to the people of Odisha by not implementing the Ayushman Bharat and several other welfare schemes of the central government," he said.

Stating that Ayushman Bharat Yojana has been implemented in other states, Singh said the poor people of Odisha are being deprived of the benefits of the National Health Protection Mission because of BJD government's apathy.

He appealed to the people to give five years to the BJP and allow it to make Odisha the number one state in the country via speedy and balanced development.

Mentioning the air strike carried out by India inside Pakistan after the Pulwama terror attack that killed 42 CRPF jawans, Singh said, "The (Narendra) Modi government has given a fitting reply to Pakistan and terrorists. The country is safe under Modi's leadership."

The Modi government has also elevated India's status across the globe by making development in the economic front, he said.