The Lok Sabha Speaker in an exclusive interview to Zee News spoke on a host of topics including Article 370, Security of the country, Triple Talaq Bill, paperless Parliament. 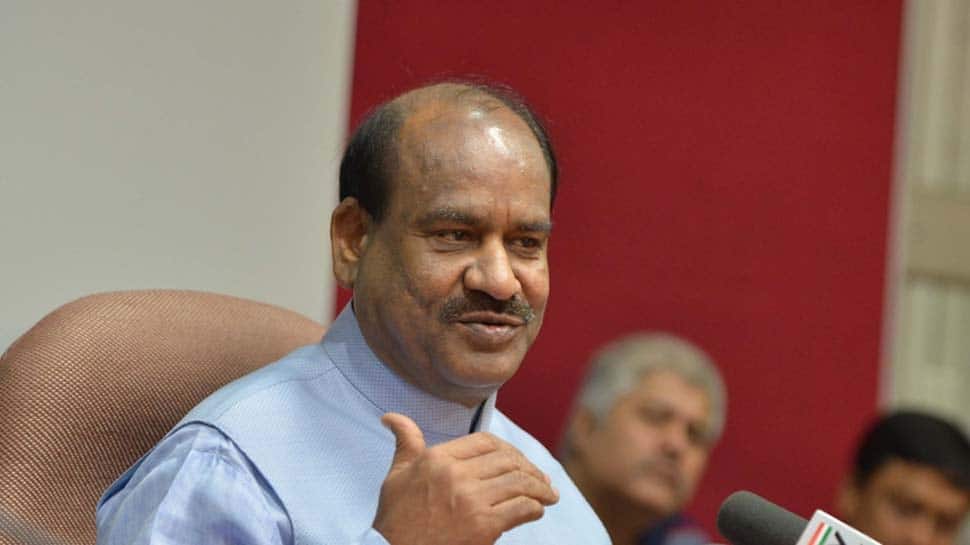 India is not a country to be terrified of threats said Lok Sabha Speaker Om Birla on Tuesday, in a strict warning to Pakistan Prime Minister Imran Khan over his remarks. The Lok Sabha Speaker in an exclusive interview to Zee News spoke on a host of topics including Article 370, Security of the country, Triple Talaq Bill, paperless Parliament.

On August 6, when Lok Sabha revoked Article 370 in Jammu and Kashmir, Khan had alleged in the Pakistan Parliament that India has no interest in talks with Pakistan, adding that the Indian government's ideology is the ideology of RSS. He had said, "Their founders had the ideology that they will remove Muslims from India after independence. They want Hindus to be in a position of dominance." He also accused the step on J&K as "a planned move".

Speaking on Khan's comment, Speaker Birla said that it was their Parliament and he can say anything but India is not afraid of any threat. He asserted that the Army is resolute on the borders, adding that they are vigorously guarding the nation. He also said that our military power is strong and India will not get petrified and threatened by "any Pakistan".

"We are strong on the borders, India is strong internally as well, I do not think he can speak in his Parliament, but the Indian Army is very strong, it is equipped with modern weapons. After the past several incidents, we have seen that when a finger is pointed at the nation the 130 crore people are always standing with the government," said Speaker Birla.

Reacting on the passage of the Triple Talaq Bill to becoming an act, he said that people will benefit from it. "Constitutionally all religions have been given their own rights in the country, so Muslim women should also get constitutional rights. Therefore, the bill has been passed in Parliament and enacted a law, giving Muslim women rights," he said.

Supporting the scrapping of Article 370, Speaker Birla said that the people have been talking about for years how different laws should not be applicable for different regions within the country.

"It was debated, discussed and the matter came into light that the laws passed in the Parliament were not applicable there (Jammu and Kashmir). I think the government passed this law on the basis of majority. Through this law, the sentiment of the people is being expressed, you are seeing for yourself that the people of the country are expressing their sentiments.

"The people of the country, as well as the people of Jammu and Kashmir, should be confident that full justice will be done to them. Kashmir is also an integral part of India. I can say that the best scenic tourism centre is there, it is also the crown of India. Now after the enactment of a law, the people there will also get legal rights and they will also get benefits. People of Kashmir have faith, Parliament stands with them. The will be given justice within the Constitution," said Birla.

Birla advised the Opposition to not keep party ideals above the country on the issue of Article 370. "Every political party has its own ideology and resolution, so they have the right to express the ideology of their party. But the interest of the country should be the first priority. All parties should take care that the country does not suffer due to this," said Birla.

Speaking on making Parliament paperless, he said, "The digital age has started in the world. Much paper is used in Parliament, therefore, the MPs have been asked as to how Parliament can be made fully digital so that paper is used less. Suggestions of members have also been taken on this. MPs have given their consent to form a paperless Parliament. You will see its effect in the coming session."