India will not hesitate to take steps to ensure national security: PM Modi

Referring to completion of the nuclear triad, he said India was one of the few nations who could launch nuclear weapons from land, sea and water. 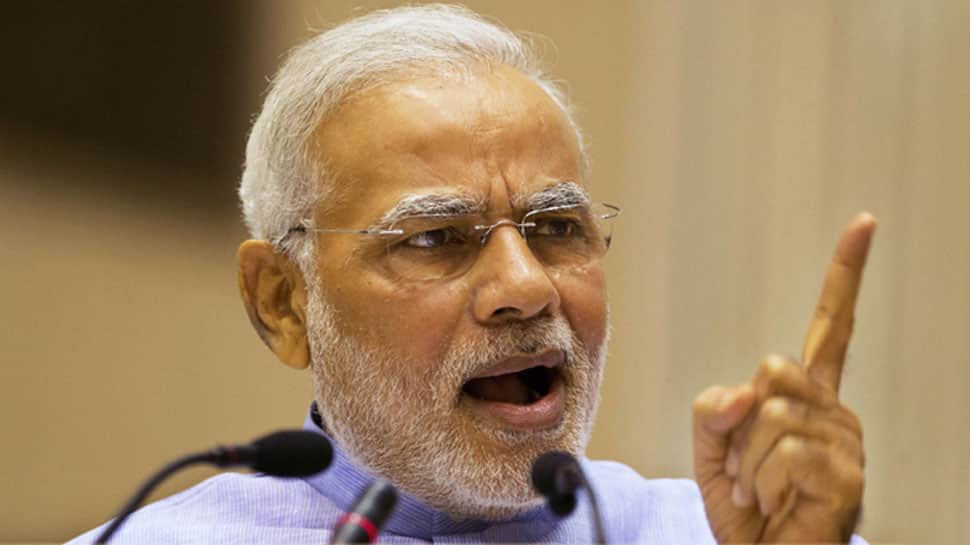 New Delhi: Hailing efforts of the Indian Army, Prime Minister Narendra Modi on Monday said that India could be a strong proponent of peace but it would not hesitate to take steps to ensure its national security. Addressing National Cadet Corps cadets in the national capital, the Prime Minister added that in the last four years, the government has taken several decisions keeping the security of the nation a priority.

"Army ne dikhaya ki hum chherte nahi, lekin koi chhere toh usey chhorte nahi hain (Our Army has given a clear message that we don't trouble anyone but if someone troubles us, we don't leave them either)," PM Modi said.

Referring to completion of the nuclear triad, PM Modi said that India was one of the few nations who could launch nuclear weapons from land, sea and water.

The Prime Minister's comments have come at a time when a film based on the September 2016 surgical strike by Indian armed forces has been making news, even as PM Modi had quoted the 'How's the Josh?' catchphrase during a function in Mumbai a few days back.

Outlining the growing stature of India globally, the Prime Minister in his address on Monday said that the whole world has acknowledged possibilities that India offers. "Today the entire world is saying that India is not only full of possibilities, but India is also fulfilling all of them, be it economic conditions or our capability to fight our enemies", PM Modi said.