A series of scintillating air drills and parade is underway at the Air Force base. 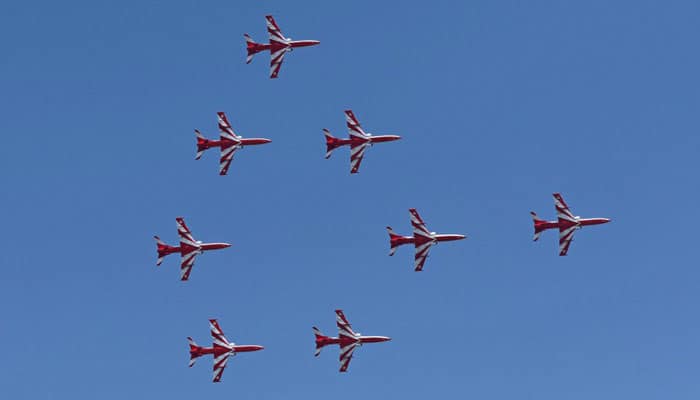 New Delhi: The Indian Air Force (IAF) is celebrating its 85th anniversary at Hindon Air Force base in Uttar Pradesh's Ghaziabad district on Sunday. A series of scintillating air drills and parade is underway at the Air Force base.

Stay tuned for Mesmerizing #Display on #Ground and in the #Air.https://t.co/eVsCC3HbbU

Earlier in the day, President Ram Nath Kovind and Prime Minister Narendra Modi hailed the air warriors and extended greetings on the occasion. "On Air Force Day, I salute the valour, commitment and dedication of our brave air warriors. They safeguard our skies," Kovind tweeted.

In a tweet, Modi said: "On Air Force Day, best wishes to our courageous air warriors and their families. Their determination and prowess ensure that our skies are safe."

On Air Force Day, best wishes to our courageous air warriors & their families. Their determination & prowess ensure that our skies are safe. pic.twitter.com/rK6I9JfHLJ

#AFDay17: #SKAT -#IAF #FormationTeam is back to paint the Skies Red&White, enthralling the audience with aweinspiring 09 Aircraft Display. pic.twitter.com/hK0gWuPLoX 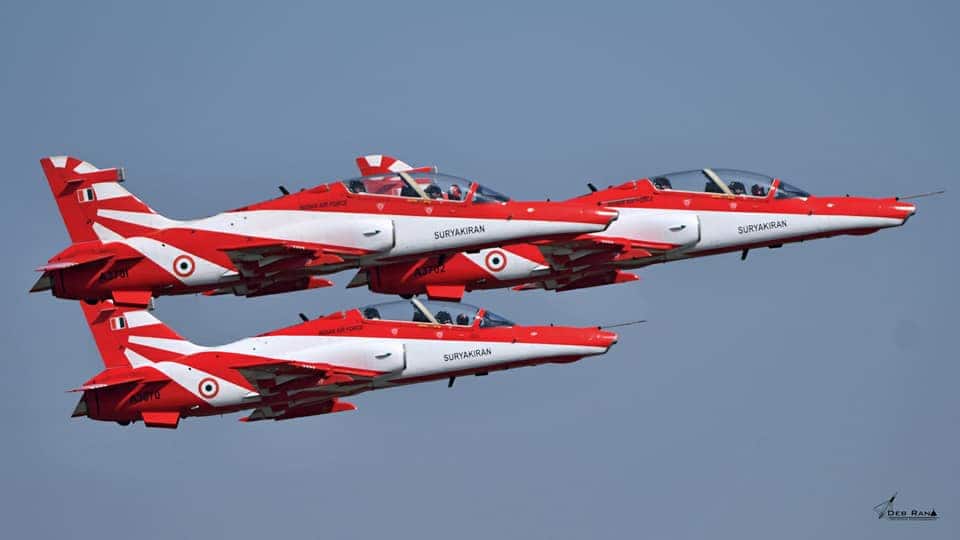