The IAF said in a tweet that the missiles engaged the designated mock targets close to 300 kilometers away and a direct hit on the target was achieved in both cases. 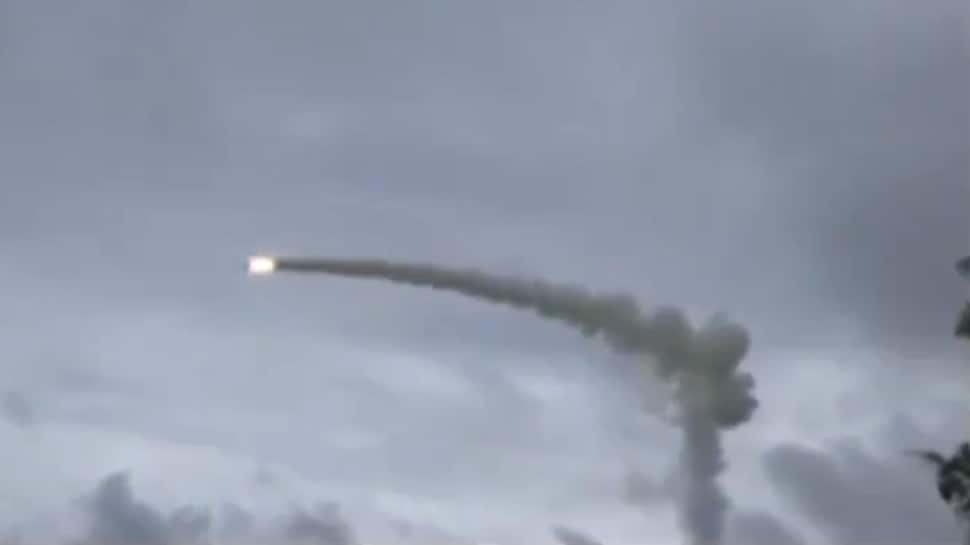 Indian Air Force (IAF) fired two BrahMos Surface to Surface missiles at Trak Island in Andaman Nicobar group of islands on October 21, 22. The IAF carried out the twin firings as a part of its routine operational training.

02 BrahMos Surface to Surface missiles were fired by IAF at Trak Island in the Andaman Nicobar group of islands on 21 & 22 Oct 19. The twin firings have been carried out as a part of the routine operational training. pic.twitter.com/i95AS0XMXm

The IAF said in a tweet that the missiles engaged the designated mock targets close to 300 kilometers away and a direct hit on the target was achieved in both cases. According to IAF, the firing of these missiles has enhanced its capability to engage the grounds targets with pinpoint accuracy from a mobile platform.

The missile engaged the designated mock targets close to 300 Km away. A direct hit on the target was achieved in both cases. The firing of the missile has enhanced IAFs capability to engage the grounds targets with pinpoint accuracy from a mobile platform.

On May 22, 2019, the IAF had successfully fired the BrahMos air version missile from its frontline Su-30 MKI fighter aircraft. "The launch from the aircraft was smooth and the missile followed the desired trajectory before directly hitting the land target," the IAF had said in a statement.

The BrahMos missile provides the IAF the much-desired capability to strike from large stand-off ranges on any target be in sea or land with pinpoint accuracy by day or night and in all weather conditions. The combination of BrahMos missile and Su-30 aircraft gives the IAF a strategic reach and allows it to dominate the ocean and the battlefields.

BrahMos is a "Fire and Forget" missile which is capable of navigating on its own towards a pre-determined and programmed target. It can fly as high as 15 km and as low as 10 metres. The missile has identical configuration for land, sea and sub-sea platforms and uses a Transport Launch Canister (TLC) for transportation, storage and launch.