India now becomes the 19th country in the world to make use of these helicopters which are vital in carrying out high-altitude transport operations. 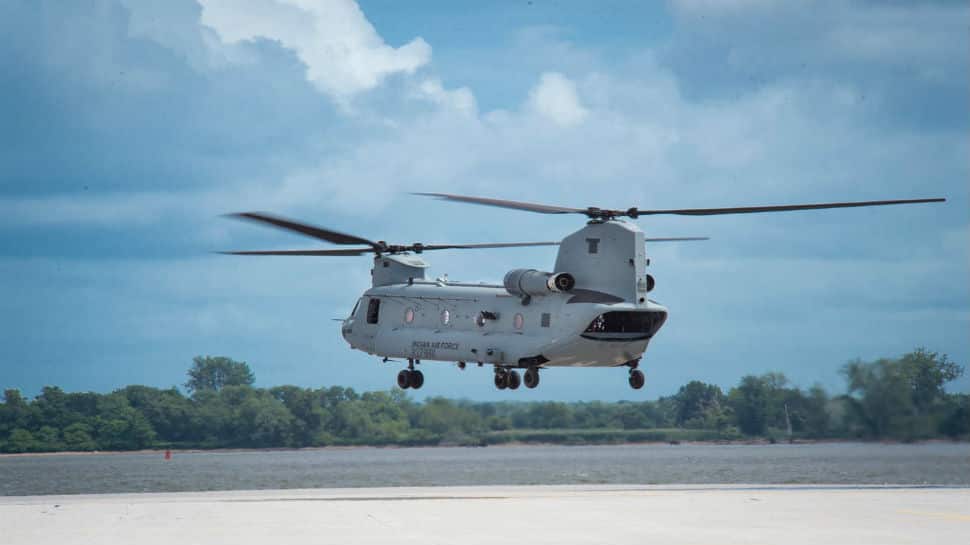 The Indian Air Force on Monday inducted the first four of 15 Chinook heavy-lift choppers in Chandigarh.

Air Force chief Air Chief Marshal BS Dhanoa inducted the helicopters into the force which would now be used for deploying troops and machinery at high-altitude locations. "The country faces multiple security challenges. We require vertical lift capability across a diversified terrain. Chinook has been procured with India-specific enhancements, it's a national asset," Dhanoa said at the event.

Air Chief Marshal BS Dhanoa: Chinook helicopter can carry out military operations, not only in day but during night too; another unit will be created for the East in Dinjan (Assam). Induction of Chinook will be a game changer the way Rafale is going to be in the fighter fleet. pic.twitter.com/TxJgJt8h5P

India, in September of 2015, had signed a USD 1.5 billion deal with the US for the 15 Chinook helicopters. The first four of these had arrived from the US at Gujarat's Mundra Port last month. From here, they were transported to Chandigarh.

India now becomes the 19th country in the world to make use of these helicopters which are vital in carrying out high-altitude transport operations. Capable of carrying cargo weiging up to around 23,000 kilos, the Chinook helicopter has a max speed of 302 kmph.

Apart from using these for transport-related operations, Chinook helicopter can also be used during military operations as well as for rescue missions.